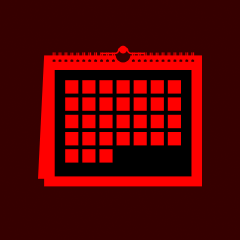 I and some others have completed IV weekend rides from Dombivli to places like Mahad Ganpati Mandir, Vajreshwari-Ganeshpuri, Barvi Dam-Murbad and Uran.

The V week end ride is planned to Pen town in Raigad District. The Distance to be covered is about 125km. Which generally increases by about 5km due to site seeing. So you can safely say that the distance is going to be 130km.

The start is scheduled at 6.00 a.m. from Ganesh Mandir, Dowmbivli, East.

The rout is Dombivli-Shilphata-Taloja-Kalamboli-Panvel-Pen via NH 66. One way distance is 62.5km. But as per my plan on the way to Pen or back the route will change some what after Panvel. It wiil be Via Rasayani - Apte route. That adds about 7km. to the total distance. But if the group of riders on that day decides to stick to the NH66 route all the way the route change can be dropped.

Halts as per the groups convenience. Ride speed 15km/hr.