Missed this morning ride to worli.
Thought I'd make up partly at least by riding to work today (today has invariably decided to start only now).
So First ride at this time of the day for me. distance is hardly 4.5 km though.
Ended up starting post 1 PM. took the peddar road-nana chowk-little palms flyover onto JSS road then dadi seth agairy lane to Kalbadevi road.
I think its better to stick to JSS road till we hit princess street rather…
Continue 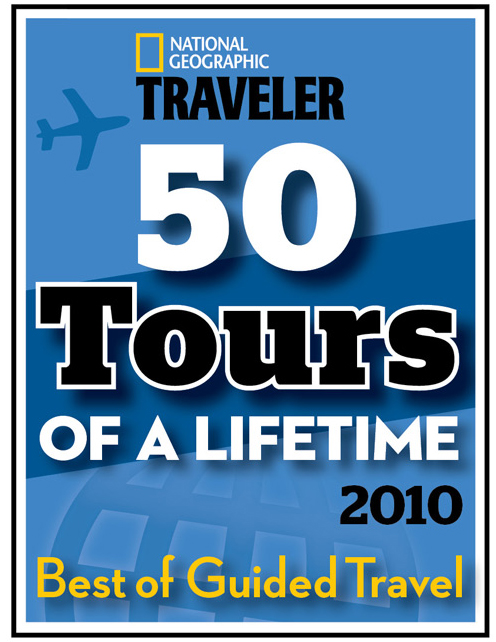 An epic journey by bicycle along the legendary Silk Route just became one of National Geographic Traveler’s “50 Tours of a Lifetime.”

The Silk Route Bicycle Expedition from Istanbul to Samarqand appeals to travelers willing to move outside their comfort zones and delve into the cultural diversity of five different countries - Turkey, Georgia, Azerbaijan, Turkmenistan and Uzbekistan.

The "50 Tours of a Lifetime" feature will be… Continue

While I too have not been able to attend the CM held last weekend, was just wondering if the CG of the CM needs to be shifted a bit from dadar to say Bandra-Juhu-Andheri circuit?
Also, my assumption is that the maximum impact will be if it is held from 6:30 to 8:30 PM or 7 to 9 PM on the Linking Road-Juhu Tara Road-Lokhandwala Circuit.
Could be totally wrong but worth a try. what say?

Just got my kids bike tires replaced with "tubeless" ones.
Something is just not right. It just seems like a solid mass of rubber which makes for added friction and lot more inertia.
I suspect that "tubeless" was meant to be something else and it has been reinvented to just a block of rubber.
In any case, whats the verdict? tubed or tubeless?

Bigwinn or something Cycling Shorts

Hi,
just saw these cycling shorts for 899/-. A company called bigwin or bikewin (french).
It did have some form of padding inside (fixed).
Anyone heard of this company before?

Bike and the mechanics

They literally go after cycles with hammer and tongs! Faisal Thakur and Zubair Lodi transform humble bicycles into cool machines you can drool over. We take a ride with them…

Planning to buy one of them tomorrow, but a bit confused between the Trek 4300 and the Merida Sub 40V. Not a huge difference in the price, but the 4300 is 8 speed while the Sub 40V is 24 speed. Does that make a big difference? (I'll be using it primarily on road, with a bit of off-roading on weekends).
Please help!!!

http://www.sfcriticalmass.org/2010/02/16/judge-rules-against-nyc-critical-mass/
Says its an organized event and thus will need a permit if number of bikers over 50. :)
What the legalese on CM in Mumbai?

Isnt the last friday of the month today? Is there a critical mass ride happening?

I want to start cycling after almost 13/14 years. Initially dont want to get into anything expensive and want to buy a bike upto Rs 5000. Can anyboday suggest a good bike I should start with..

I now share a Hero StreetRacer with my brother. Hopefully, by June 2010, I should have a bicycle of my own. I have been on the lookout through both modern catalogs and some traditional Indian bicycling company catalogs and I thought I should have the BSA SLR.

Going through their website, the closest thing that matched that description was something called the BSA Photon-Ex. 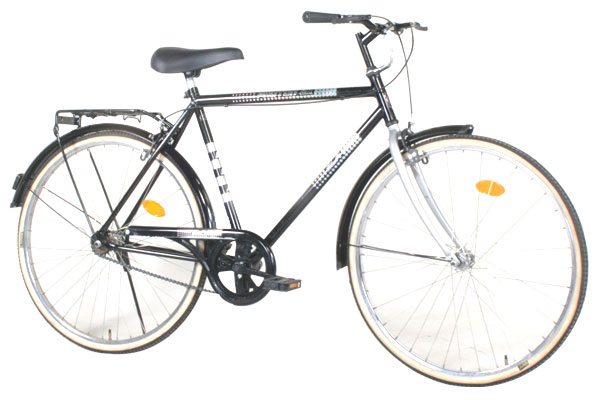 guys,
i need help. my LA spectrum has a slightly upward saddle. it doesn't have an adjustment option in this plane. it can only be moved forward/rear. have done a bit of riding and i find it a bit discomforting. since it is factory fitted, doesn't look like a mistake. any views/suggestions?
thanks,
anil

Its 15 months since Fomas started selling cycles in India, Initially started with low end bikes to understand the market and gradually increasing the range of products to more than 30 different models.
I Had my chance to get a preview the new high end Road Bike to be launched by Fomas

Before I had my first look and the new babe from the stable of Fomas , I had mixed conceptions about the finish quality and the components used.

I was quite taken aback to learn that the… Continue

Mobile Socials - we should have them in India

BikeHugger is a website that I frequent and Mobile Socials is one of their efforts. In their own words Mobile Socials are efforts at the intersection of biking, technology and culture.

There are many places in India that excel in all of these and people who do all of the above. Can we have Mobile Socials in India?

its been almost 10 days since i started cycling. have done 200+ km since then :-)
started with small rides of 5-10 km...now average about 25-30km early in the morning before i leave for office...
the funny part is...u just have to worry about reaching half of your targeted distance...coz when you are half way through, you have no option but to do the remaining half if you want to reach home in time ;-)
cheers!
vikas

http://www.gmap-pedometer.com/?r=3575222
Not been able to cross this incline at one go even after multiple attempts.…
Continue

"Earth Hour" coming up this Saturday. (I guess one mingey hour is better than nothing:)

"Earth Hour started in 2007 in Sydney, Australia with 2.2 million homes and businesses turning their lights offfor one whole hour.Only a year later and this global warming awareness event had become a global sustainability movement with up to 100 million people across 35 countries… Continue

Tour d'Afrique riders reach the half way mark in Tanzania.


The first half of the 2010 Tour d’Afrique Bicycle Race and Expedition is complete! 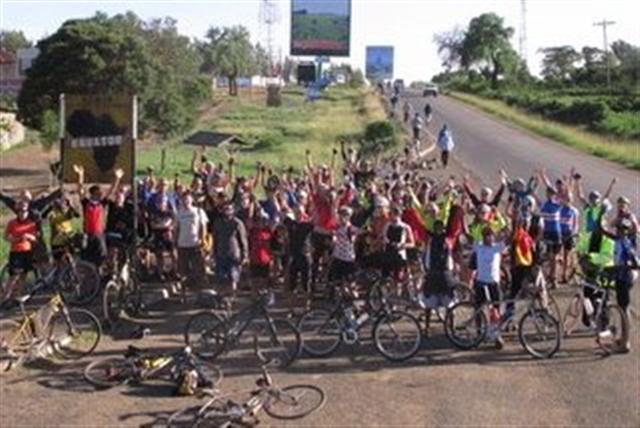 Tour d'Afrique riders celebrate arriving at the Equator in Kenya.

Now back on their… Continue

start them young... and watch them go!

i am totally blown by my kids.... their enthusiasm, their energy and their endurance!!
Pankaj (12yrs) has been cycling with me regularly (100-150 kms weekly) in the last 4 months, but hadn't done more than 50 kms in a day. Rohit (14 yrs) hasn't cycled for 5-6 months and also hasn't done more than 50 before this. both have been riding with me for many yrs and started long country rides about 4-5 yrs back. apart from slowly building up their physical ability, which is…
Continue

Life can't be better than this. Work smart (not hard) & Play hard. I seem to getting more opportunities. The purpose of the Goa visit was to review progress at my Goa Factory, review electronic development work which is handled by my Banglore cyclist friend & offcourse visit my aged in laws.

In the meantime I…