anyone give advice on long bicycle tours

Dear All,
Recently I got a lot of help and answers from many members about choice of Hero Genius or Trek 3700/4300 for a longish cycle trip in Kumaon with my family.
We are 50( self), 45( wife) and 18, 15 and 13 yrs. Four of us are fit and one has more enthusiasm than fitness, so we are all looking forward to this trip which should last about 10 days.
We are perhaps cycling about 400+ km totally over mountain roads in Kumaon { no offroading is planned} perhaps 20% to 30% of this… Continue

Since I now own a Schwinn, I need to sell my Fomas Roadking Delux, sparingly used, less than a year old. The drop-handle has been replaced by a rubber-coated bar handle. The cycle has Shimano derailleurs [14 X 2], imported wide pedals, a detachable trip computer [with catalogue], alloy ringer bell, extra-wide seat, original Kenda tubes [will let the buyer have the earlier ones, too], original hitch-on elastoband carrier [attaches to seatpost], frame-post minipump,…

I will be visiting some European City's in May 2010 on a "Holiday Tour", spending a few days in London. Having done my " Tour research work" i was surprised of the cost of hiring a cycle in London, astronomical to we indians, accustomed to the "bicycle" as a "Poor humans transport" or a "Rich humans Hobby" in the 21st century. I have pasted below the "advertisement' of a "Tourist Biking enterprise" in London City for the benifit of fellow cyclists.

Friday night, 24 April 2010, Inorbit Mall, Malad West... Shoppers, commuters, passersby... were all quite intrigued by the steadily growing group of cyclists assembling at the corner next to Inorbit Mall... :-)

It was a lovely morning with my son Karl all set for Goan village ride rather than his usual Pune City rides. Purpose of the ride to Queppem was also to visit our relatives. Karl was to stay over 4 weeks with his grand parrents with brother joining him week later. Previous day we fixed the basket ball Post all by ourselves. Besides cycling they had to play cricket, football etc.

So the ride began with…

Dear All,
I was hoping to take my family on a cycling holiday in Kumaon Himalayas{ Ranikhet-Kausani-Bageshwar-Thal-Munsiyari-Vijaypur-Chaukori-Ranikhet and back over a period of 10 days in May.
I wanted to make a choice for all of us ( maybe 5 new bikes) re the Trek 3700 or the Adidas Genius {that I came across only recently} . I thought that the Adidas seemed to have a lot of the features that only the higher versions of the Trek.
I am interested in immediate purchase and would… Continue

ALL TERRAIN BIKES FOR SALE

Cycling in Sikkim: A great destination with amazing greenery

Just completed a wonderfully scenic cycling weekend in Sikkim!
It was a green heaven and the ride was superb.
Check out the blog with 25 odd pics to soak in the magnificient Sikkim at http://manasij.wordpress.com

had a nice mini ride today.
Peddar Road to Siddhivinayak temple and back.
But felt that the bike is talking a lot more. So maybe in need of servicing.
My question is:
How many km before we should service our bikes? Mine is a new Fomas Road King deluxe.. 1.25 months old.

Was out of commission for a week. For variety of reasons, not able to bike with you all.
Am Back. Lets plan some rides, shall we?

I am a new member over here and at this time dont have any cycle to join you .that's why i want your help.
I am not a great cycling enthusiast but like to cycle.I have not ridden a cycle past few years and now i want to cycle again but the problem is that i am not able to find out a best match for me .I am very much interested in hero octane spear and recra and i don't want racing bike like bsa mach or hero hawk as i had bsa mach few years ago but its ride was not good as… Continue

This piligrimage ride was seeking gods blessing on my daughters career. In our time it was'nt so confusing as the career choice was limited. Today there are lots of career option. May god help her to decide what is best for her. 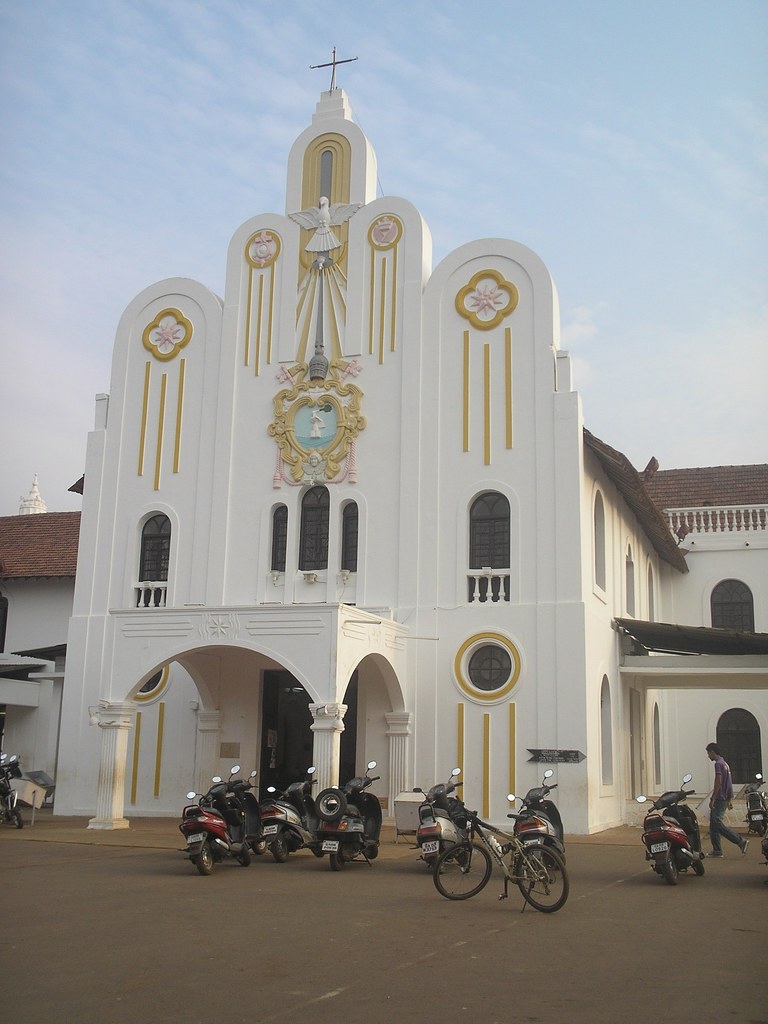 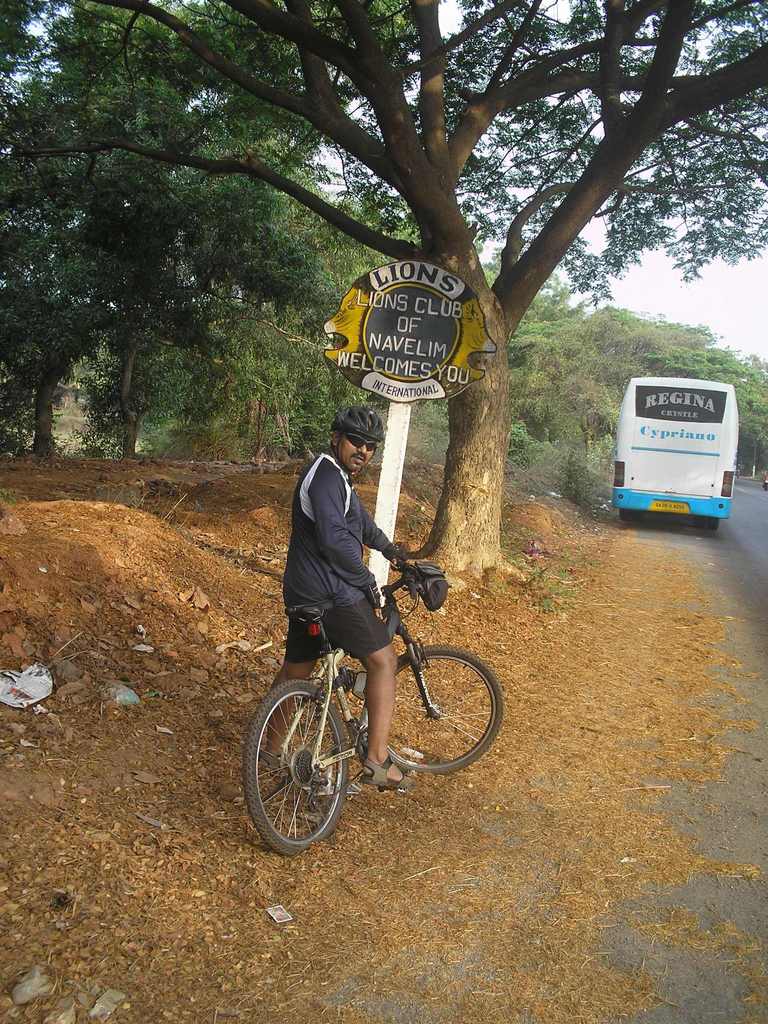 Hi, I bought a Raleigh aluminium mini hand pump, but can't fix it tightly to my bike's tyre valve. I checked the type of valve on www.sheldonbrown.com It seems to be a woods/ dunlop valve.Does this pump require any additional attachment for this type of valve or I'm doing something wrong ?? Pls help.

Precap : Last week ,as my wife Hetal was out of town , I was wondering what to do with the weekend. If I had stayed back in Mumbai I would have passed the weekend watching TV , movies , IPL and fiddling with the remote playing OONGLI TV.…

Hello, Am new to this site...read about it in the Sunday Times. I stay
at Broivili and am interested in joining some group to pursue my
interest in cycling. Though I dont own a cycle as yet but i do enjoy
this activity since my childhood days. I dont want to pursue it as a
sport but more as an interest. I dont have the required fitness levels
either. But that can be worked upon. Need some advise on how to go about
it starting from buying a cycle as I am… Continue

On the lines of the Vintage Cars, Classic Cars etc, I was wondering if there is any such categorization of Cycles?
Who has the oldest cycle here? Working condition preferably, Please list, Year of Purchase, Make, Model.
If possible attached a picture.

I had been riding bike religiously for past 2 yrs. I never kept track of my records earlier, after joining cyclists.in, first time I started keeping records of my rides. Yesterday I completed my first ride of 32 km in India (Chembur-Vashi). Although it was small but definitely boosted my moral. My present goal is to cover distance of at least 100 km @ 20 kmph, and wish to achieve 25-30 km/hr target in my future rides. My next ride will be on Wednesday April 14, 2010 from Chembur to Mulund Check… Continue

It was a healthy completion of above yesterday. Did 32 kms in 1:29 which was much above what was scheduled (25kms). Thanks to the arrangements which guided me to do a particular round (green token) 4 times! Cause was more important to me & wanted to support the cause to increase awareness of bicycling & using it fruifully for comuting to workplaces.

The Aarey colony route is indeed a fine place to cycle even in summer. But needless to say, the Sanjay Gandhi National Park will…