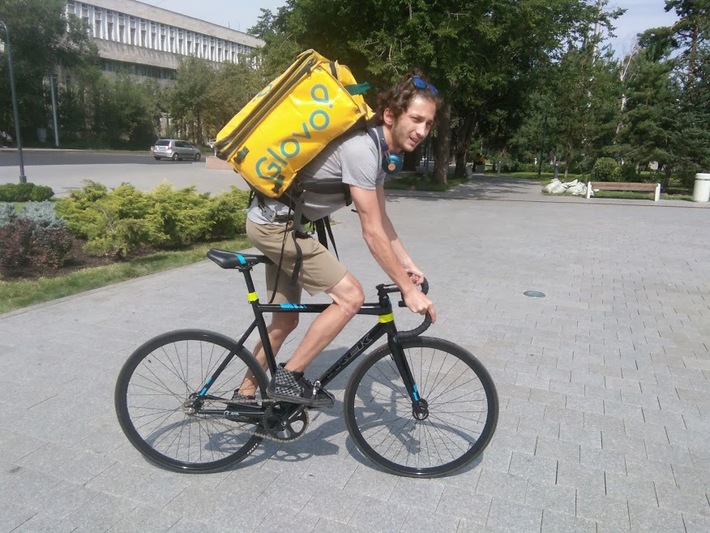 During a travel tour across Almaty city in Kazakhstan  came across Mr Pasha from Russia.Having seen the 2012 Hollywood movie "Premium Rush" and a regular Mumbai cyclist commuter myself was in awe of actually meeting the real McCoy, a authentic cycle "DELIVERY BOY" .Pasha from Russia was slim like most of the…
Continue

On Saturday(6/4/2019) had purchased a "Kross Bolt Fixed wheel cycle" manufactured by "Hero Cycles" from "Ambika Cycle Store " near Shardashram High School.This was the cheapest cycle in the "CROSS " cycle brand of "Hero Cycles".Cycle was excellent and used it regularly for cycling from my residence in Prabhadevi to "M.G.M.O" pool and back home.… 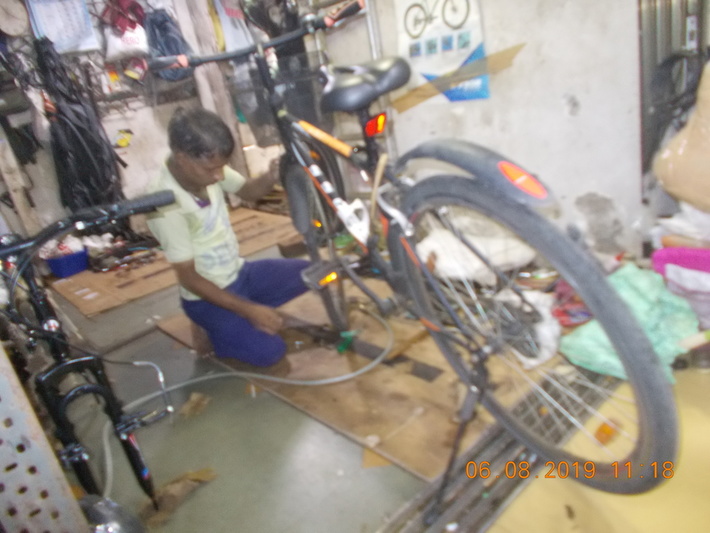 Posting a link to the article written in Mid-Day for the benifit of cyclists :-   https://www.mid-day.com/articles/mumbais-top-cop-pedals-to-1500-km-cycling-history/21219163?fbclid=IwAR0wlkUadI7KskpX3S4MY5_Y-stjmKCuhRakpXbvEJquwOaVl94ohP4NuDI 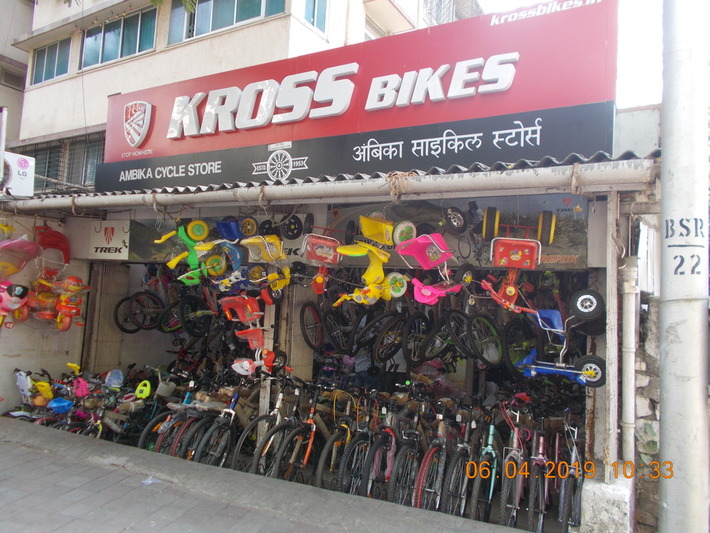 On Saturday(6/4/2019) my "Fomas Gear Racer " finally totally disintegrated and had to dispose it as scrap by weight receiving a princely sum of Rs 170 for its 9 Kg Wt. I must have… 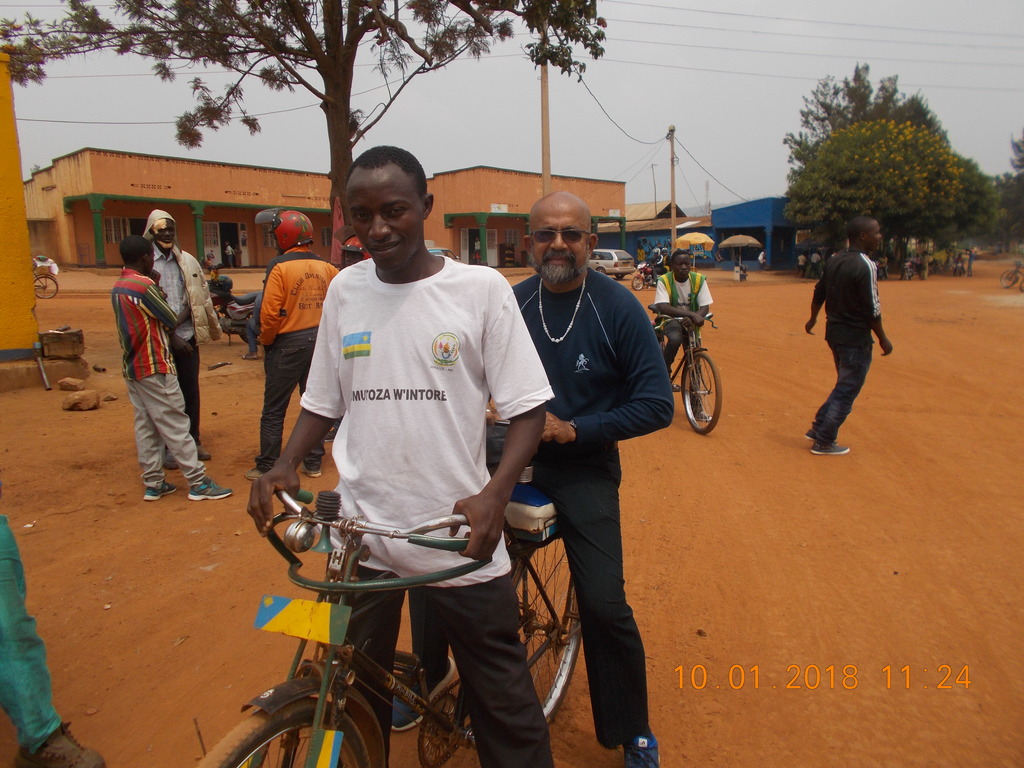 Tuesday(5/12/2017) "Adrenalin Junkie" Fitness Routines :- The Cyclone Okhi effect in Mumbai made me feel that i was Swimming in a Olympic size private pool with not more than 10 swimmers in this largest "Public Swimming Pool" in the third most populated city on planet Earth.Can't recollect using a raincoat in December to cycle to the pool and back home.Swam 2.6 Kms also… A Photo shoot with the Rs13,00,000 “CERVELO  CYCLE”. If you thought cars and motorcycles cost a fortune among commuter vehicles then don’t be knocked out on the fact that this cycle exhibit costs only Rs 13,00,000 (Yes over a million rupees only) ! Celibrity cyclist Sir Chris .Hoy staring from the photo sponsors the brand…

BRAGGING RIGHTS :- PROUD TO BE A MUMBAIKAR CITY CYCLIST PIONEER.WHEN WILL MUMBAI HAVE A FEW CYCLING LANES IN CERTAIN LOCALITIES ? The World's happening city is slowly becoming a cyclists haven. 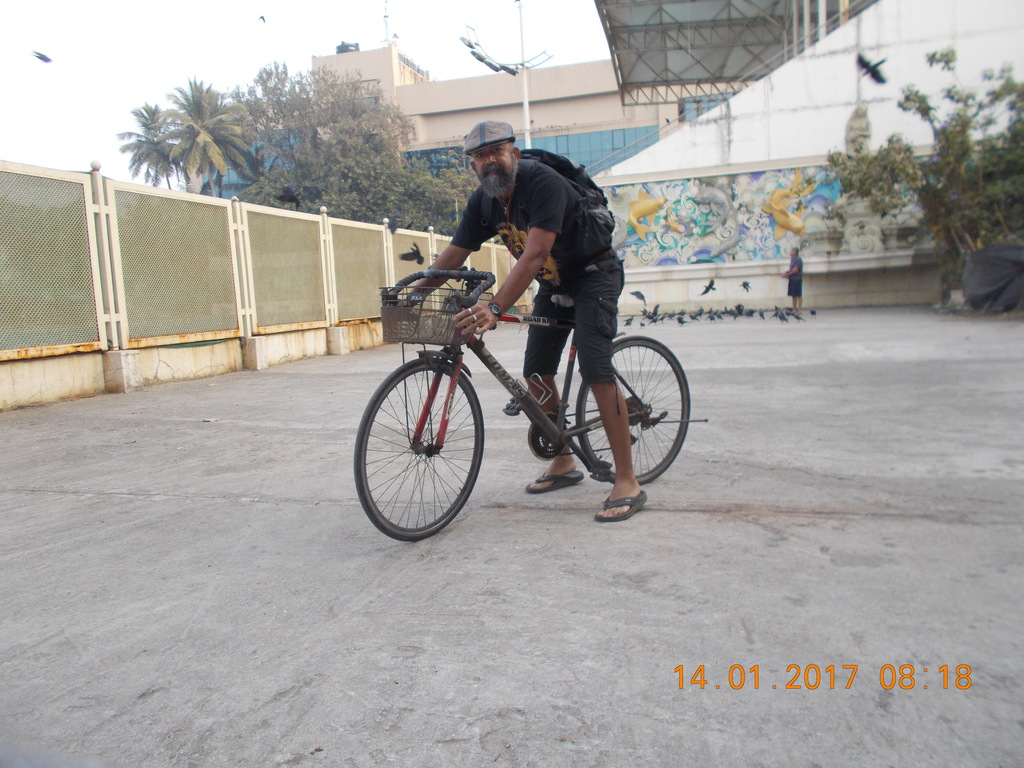 A Combination of "CYCLING" and "SWIMMING" for staying fit mentally as well as physically. . 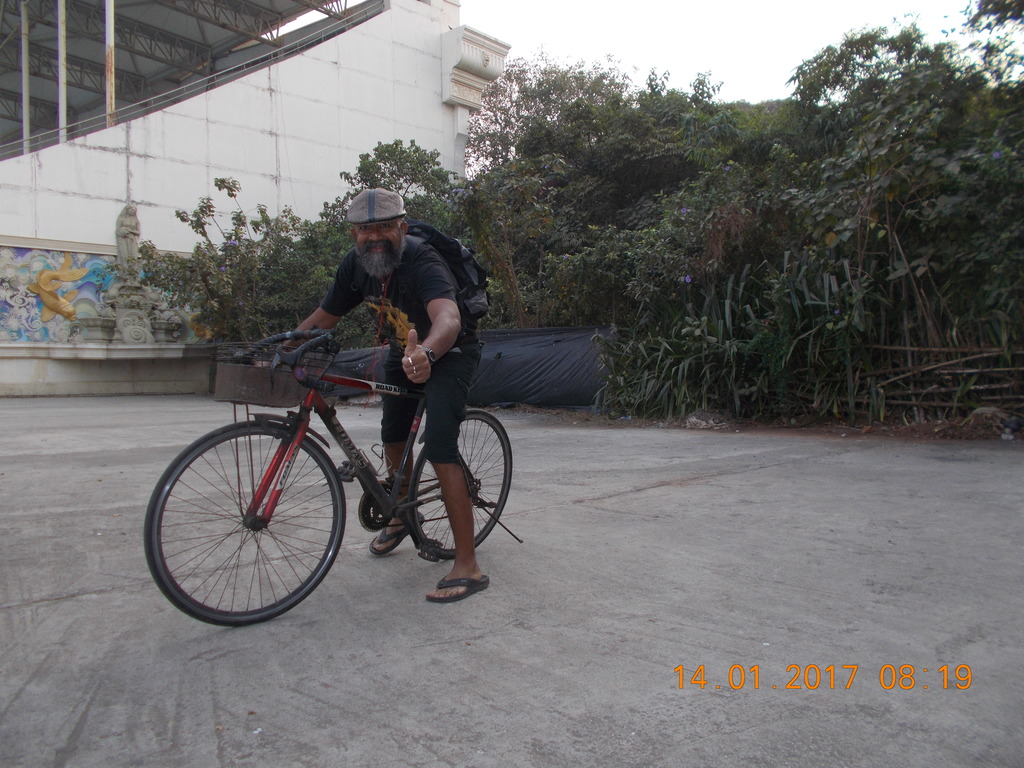 Any "MODELING ROLES" for a 56 year old fitness fanatic ?Would like to earn some "Pocket Money" at my age. Ha Ha Ha hee hee hee !This photo was taken  at the "M.G.M.O Pool" at…

How safe are our Indian roads for cyclists ? Tragic death of Italian Prince Filipo in London.

As a fellow cyclist myself cycling daily on the streets of Mumbai my Sincere condolences to late Filipo.Corsini of the Florentine Noble family of Italy. How safe is cycling in India and how many deaths of cyclists on Indian roads ?…

Cycling in Mumbai :- A Elite sport hobby or a form of pollution free transport ? 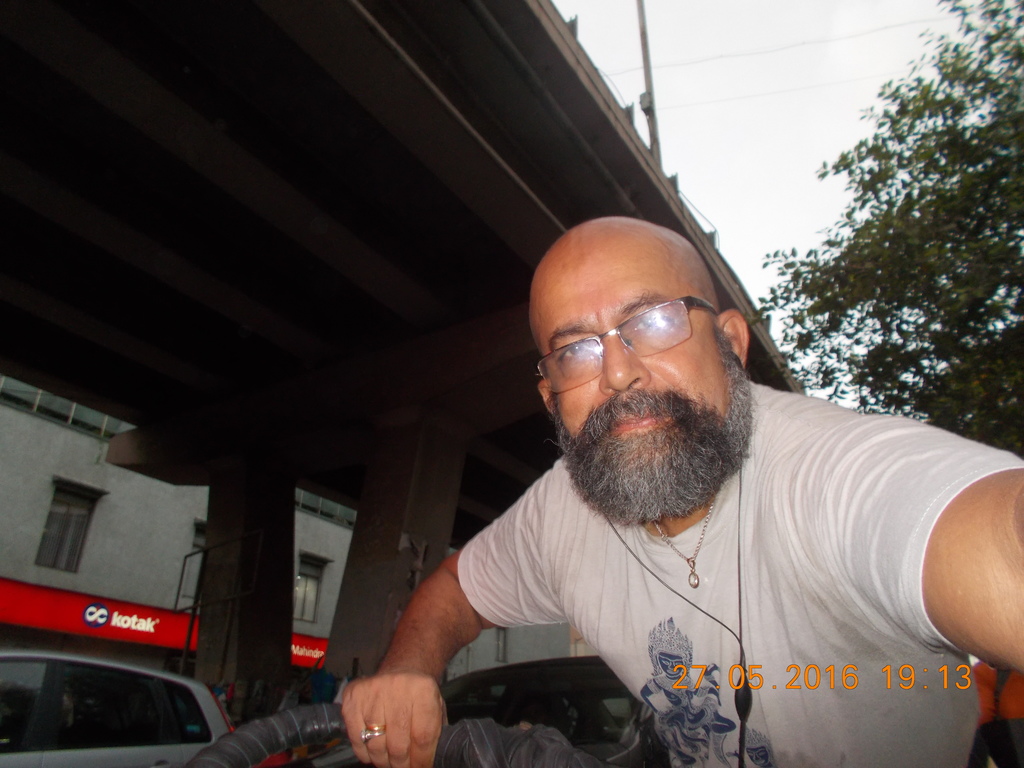 The rare cycle among a fleet of motorcycles at the parking lot of "High Street Phoenix Mall" at Lower Parel in Mumbai.. "CYCLING" has become  a luxury morning exercise among the ultra wealthy of Mumbai where cycles costing more than motorcycles and cars are passe in the city.Leisure "Night Cycle tours" of Mumbai city have also become popular among the youth of the city.… ALL YOU YOUNG CYCLISTS JOIN IN AND PROMOTE CYCLING AS A CHEAP HEALTHY WAY OF CITY LIVING AND CHIC LIFESTYLE. Bragging Rights :- I am proud to say that i could be within the top 3 oldest "Middle-Class Cyclists" from Prabhadevi locality in Mumbai having started cycling the streets since 1988. My parents were deeply embarrassed of my mode of transport during that era when…

Schwalbe Marathon Plus Tyres:- Ride thousands of miles without a puncture. On Sunday(1-12-2015) i happened to be on the motor launch heading to Mandwa jetty from Gateway of India in Mumbai and came across Mr Michael.Fraser, a cross country cyclist.He was on his way to Goa from Mumbai having cycled all over Europe beginning in Bergen in Norway and now in Mumbai. This was the first time in my life that i had come across a World cross Country… 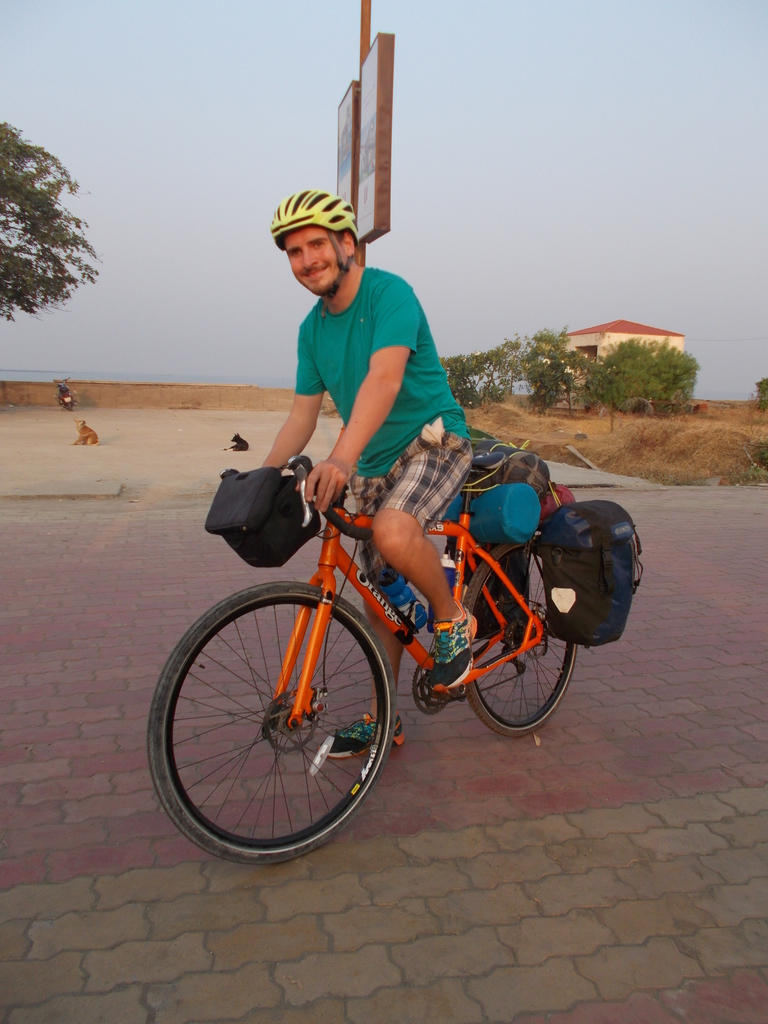 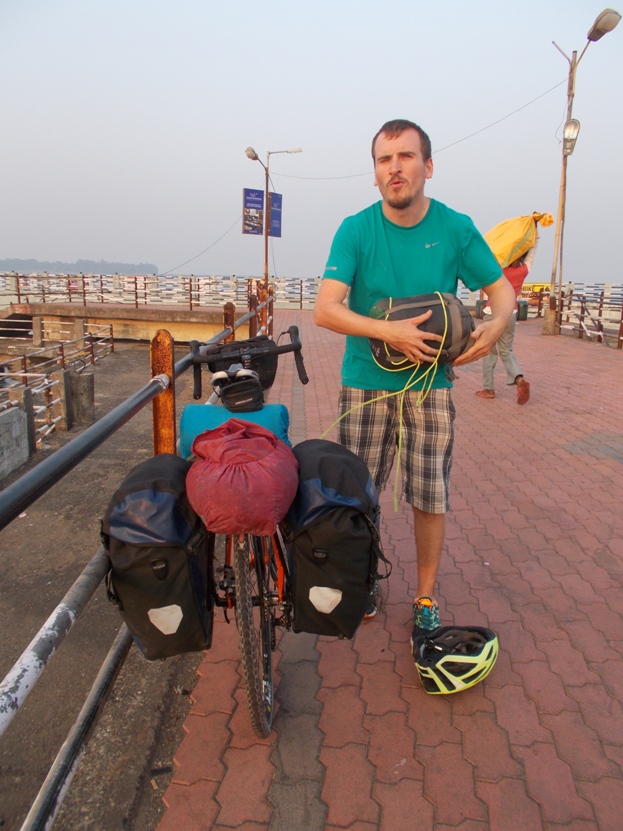 Wednesday(2-12-2015) :- At home after a whirlwind day tour of Korlai Lighthouse, Janjira Fort and a swim at Kashid beach on Monday(1-12-2015). in the Raigad district of Maharashtra.Made acquaintances with cyclist Mr Michael Fraser from Glasgow while…

Will Mumbai and India ever become a "FIRST WORLD CYCLING COUNTRY" ? 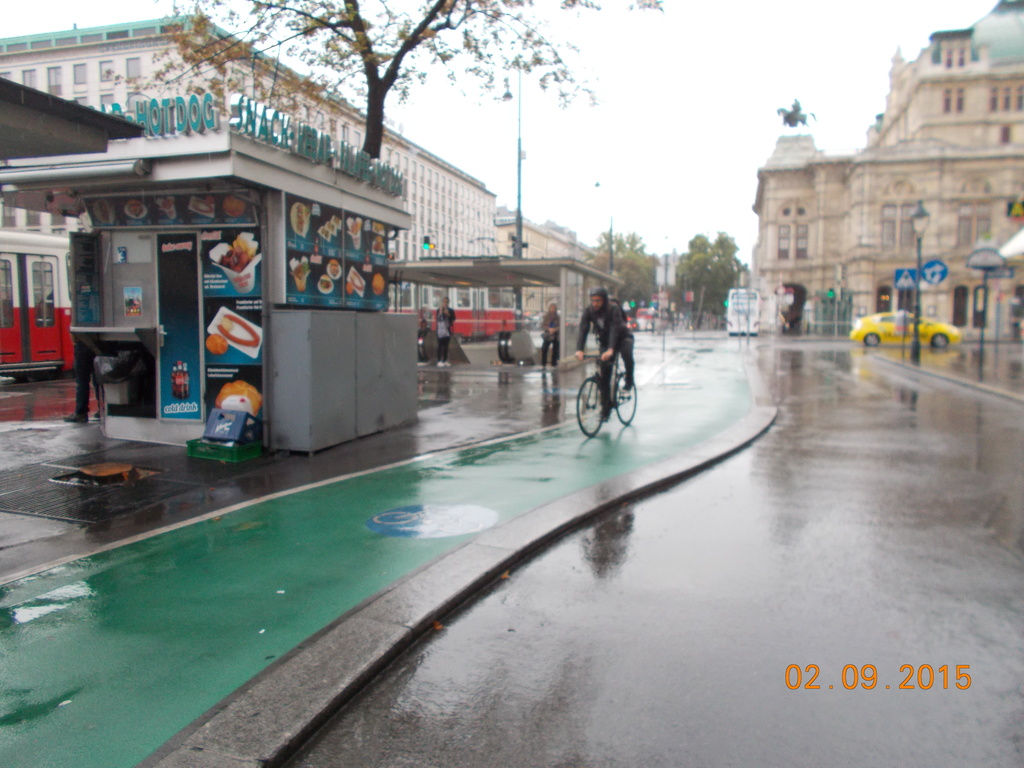 Having just returned in September 2015   from a trip to Europe i was surprised at the "CYCLING LANES" in Capital cities like Vienna, Prague and Budapest.Cycling is a way or life and the climate is also helpful to cyclists in these Country's as it is dry and not humid like Mumbai.As a cyclist for over 2 decades in Mumbai i remember the humiliation of being prevented…

If into "BMX" cycles :- Read about Gary.Sansom who has 600 bikes in his basement and also runs the site  www.BMXmuseum.com that displays 50,000 classic BMX bikes !Here is the lnk to the article :-http://www.icebike.org/gary-sansom-from-bmx-museum-has-600-bikes-in-his-basement/#comment-828

Cycle tour from Pune to Trivandrum.

On Monday(2-3-2015) spotted this group of cyclists in Guruvayur while on a solo tour of  South India. Stopped the eldest looking cyclist as the others rode along and had a brief conversation with 50 year old Cyclist Mr Anand.Ghatpande. They were a cycling hobby  group of 9 cyclists from Pune on a "Cycle Tour" of South India that began in Pune and was to end in Trivandrum.Here they are cycling through the town of "GURUVAYUR" in Kerala when i happened to see them…

Ha Ha Ha Hee Hee Hee, the once "Poor Mans Vehicle" in Mumbai has now become a star attraction of thieves.How the times have changed in Mumbai  in the 21st century.Be careful of your cycle. On a days tour of "Angkor Wat Archaeological complex" in Siem Reap(Cambodia) came across these group of bikers cycling from Bangkok to Saigon.They belonged to the "Exodus tour group". They had parked their cycles along the road for rest. A pick-up van follows the cyclists and also a pick-up bus. When the cyclists are tired of cycling their cycles are put into the pick-up van… Anyone watching a cricket match must have sometime seen a bare chested  bald  man painted in exotic colours of the Indian flag and waving the Indian tricolour in  the Cricket  stadium.This "Mohican Styled Indian" is none other than Mr Sudhir Kumar Gautam , a fanatical cricket fan and a eternal chela of Sachin.Tendulkar. What many might not know is that Mr Sudhir.Kumar.Gautam is also a cycling fanatic and cycles across the different…