TARGET: MATHERAN HILLS
DATE: 28TH NOVEMBER 2010
TIME: 5AM
If the above looks straight out of a hollywood flick, well yes, the events that unfolded today at the Uttan Hill Climbers' organised ride to Matheran Hills, it was surely one. I can even compare the ride to the top hollywood grosser 'Where Eagles Dare'
Since our last event to matheran a fortnight ago, a lot many , including me, were itching to do the ride for different reasons which included missing out on the ride( i had some personal problems) or for some die hard hill climbers who wanted to do it once again.
Meeting point Mcdonalds Panvel, start point 5 AM sharp. We rolled at 5am sharp. The line up included ABHISHEK, DAVID WILLIAMS, MYSELF, KEVIN REKHY, VINOO CHARI, PRAVIN, RAFIUDEEN, MAHESH AND SAJID. With the time advantage in our hand we made good progress and reached the base of the hills at 7.15am. The whole route was foggy and the visibility was very poor. Still the team covered 44kms in 2 hrs 15 mins.

Matheran Hills are touted to be the toughest to climb on a cycle in whole of Maharashtra. The climb is so steep and with non existing flats, it is a cyclists nightmare. Once you get down mid way, you loose the rhythm and it becomes very difficult to hop back and paddle. The group followed the technique to start with gears 1 and 3 (front and back) and later shifted to 1 and 2 and finally 1 and 1.

With a zig zag pattern to climb such hills, a few group members completed the climb in just 1 hour and 8 minutes. At the end, everybody was a winner. The attempt in itself is so unnerving that those who even attempted it are all champions. 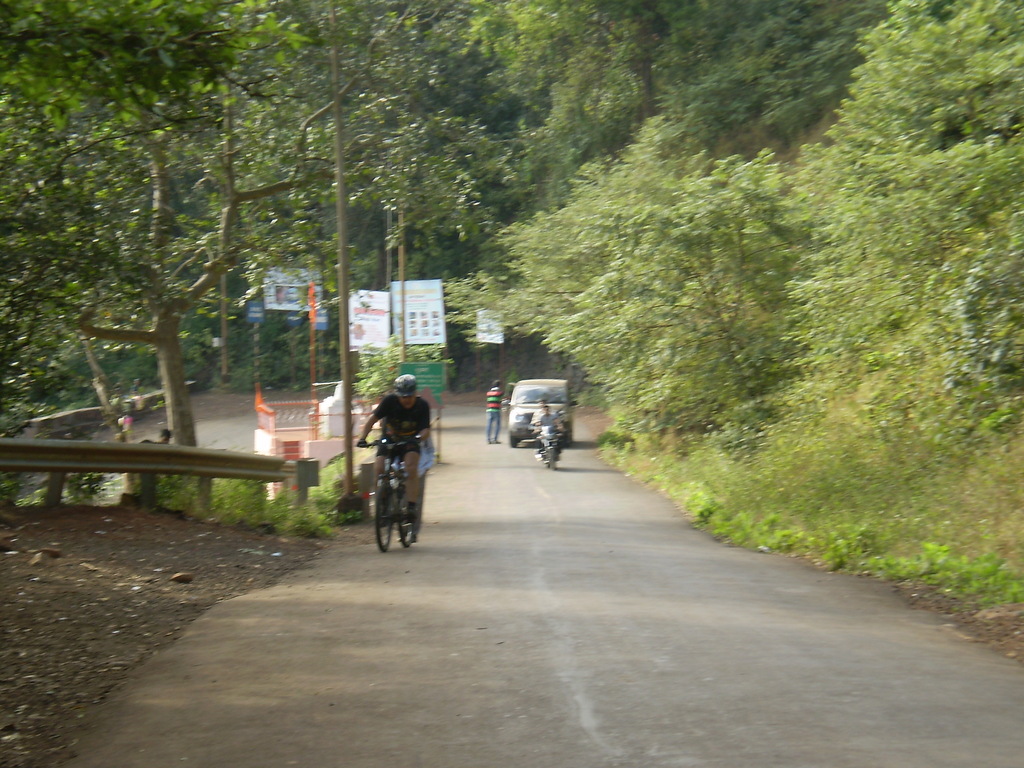 The downhill was a breeze and Vinoo ( who along with Pravin had come from Pune) recorded the downhill on his helmet mounted camera.

The Return leg of journey was in scorching sun but nobody was complaining.The thrill of the ghats was the dope which kept all going. But as in any hollywood thriller, there was more to come.

After we parted company with Vinoo and Pravin at the Chowk( they returned back to Pune) we cycled till panvel bypass and took the expressway . Cycles are NOT allowed on the expressway. The board stating the warning was missed by us and before we knew, a team of cops caught us. Working with our typical cyclists charm we could somehow convince them to let us go . We hitched a ride for the last 7 kms in a truck and landed at mcdonalds at 12.45 noon 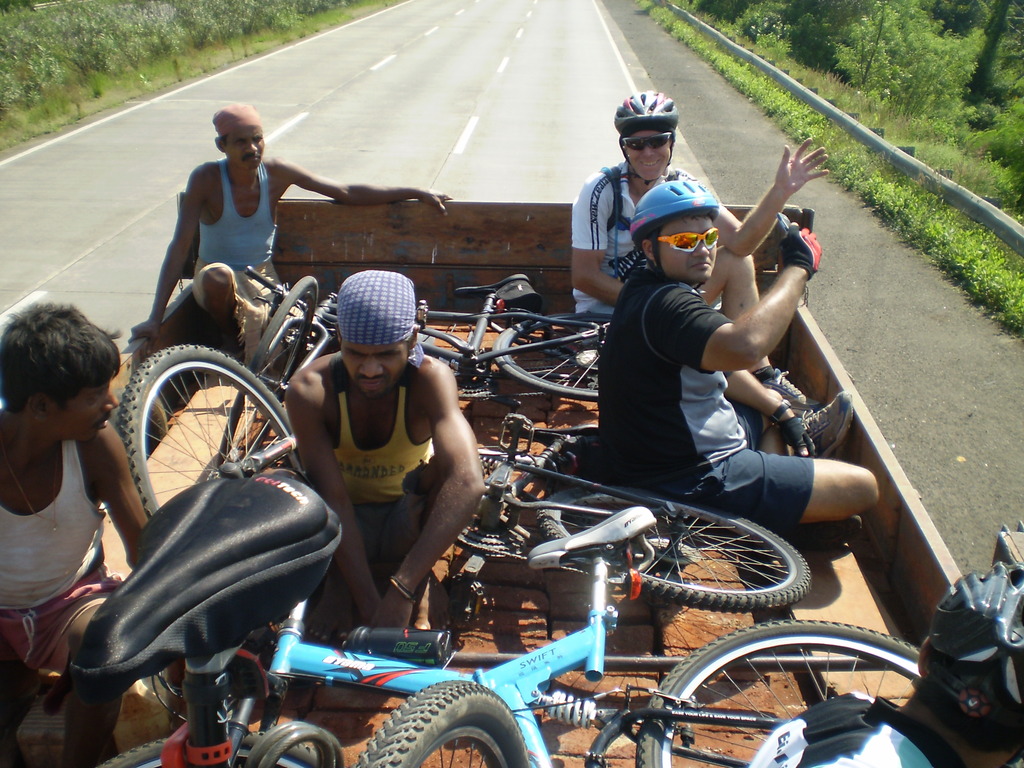 We sorely missed our UHC core members James Rodrigues and Rajiv Tevtiya . We also missed Sumir Nagar( The true Warrior) , Malvika( the girl on a mission), Rajesh Karia, Sunil kamth, Dr. Sunil Rai( New Entrant to cycling) and all others who would have loved to come but missed out due to some prior commitment.(Please add somebody who I missed to name)

I am taking a small break from Cycling due to personal reasons but would be very active at the back end operations of UHC. I can remember the phrase that i coined when my brand new Trek 4300 was stolen a couple of months back. " You( the thieves) can take my cycle , but not the cyclist in me". So friends, there will be many more such events and I will in the meanwhile catch up with the movie" Where Eagles Dare" just to relive the experience today. Adios Amigos.

Comment by AMITABH AGRAWAL on November 29, 2010 at 7:54pm
@Abhishek..U can ride real fast buddy..James had put up some great links on the UHC group page for hill climbing and you fit the bill for the "perfect body weight to climbing ratio" and you are extremely fit :)...@ James..So many times during the ride up the hills, I was telling Kevin as to how much i missed your company...Bring on some tuff stuff and i will be forced out of hibernation:):):)

Comment by Abhishek on November 29, 2010 at 5:59pm
Very well written Amitabh.. it was a very good climb.. good weather (a major plus) and all of us nailed it ;) happily.. well almost

Comment by Shivkumar Vishwanathan on November 29, 2010 at 11:05am
Amazing...wish I could do that..but guess am still some way off before I can endure this...

Comment by AMITABH AGRAWAL on November 29, 2010 at 9:43am
@Amit Bhowmik..Thanks for your good words of encouragement and support for Uttan Hills Group both on wheels and off it as well :)

Comment by Amit Bhowmik on November 29, 2010 at 9:19am
Excellent blogs from the Uttan Hill Group as always :)

Comment by AMITABH AGRAWAL on November 29, 2010 at 6:50am
@Shammi..Thanks. @ Sunil...Thanks for the encouragement...looks straight from Star Trek...@ Mahesh...We all had an amazing experience... James and Kevin already have a lot of rides lined up....@ Rajesh..Thanks and see you soon