Polio Eradication continues to be top priority work for ROTARY INTERNATIONAL, UNICEF & WHO. What is sad and disheartening is that despite globalization, liberalization and economic development in our country, India continues to be one amongst 4 nations in the world (after Pakistan, Afghanistan & Nigeria) where polio cases are still being reported. As of now the Govt of India has declared 16th January 2011 & 20th February 2011 as National Immunization Day (NID).

Keeping this in mind, on behalf of Rotary International District 3190 and Rotary Bangalore Whitefield Central club in particular, I undertook bicycle journey from Bangalore to Kanyakumari with a mission to create Polio Awareness amongst people en route. I commenced my journey on 15th Dec 2010 from Whitefield, Bangalore and pedalling around 100 kms per day via Krishnagiri, Salem, Karur, Dindigul, Madurai, Kovilapatti and Tirunelveli reached Kanyakumari on 22nd Dec 2010. Eight Day pedalling from Bangalore to Kanyakumari on a stretch of around 800 kms (710+90 extra) was unique, exciting and memorable with meaningful engagement with men, women, children and students on creating Polio Awareness. 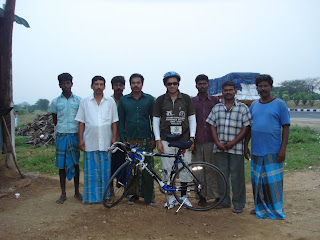 Although I know very little Tamil, what I experienced was that if you are sincere, your eyes will speak what you want to communicate and people will understand you better. I could have made my journey by car or motor bike. If I were in a car or motor bike and would like to talk on Polio Awareness to any parent holding their child, there would have been lukewarm response to me from the parents as they might have suspected my motive and would have been afraid if their child would be kidnapped. However, getting engaged with people on Polio Awareness on bicycle was totally different experience. The trust, confidence & rapport developed were instant & immediate. The confidence level was such that I could hug the child and the mother or father could give the child to me without any hesitation. This was really a unique experience I enjoyed throughout my journey. 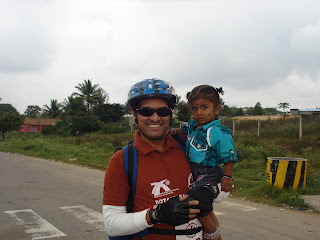 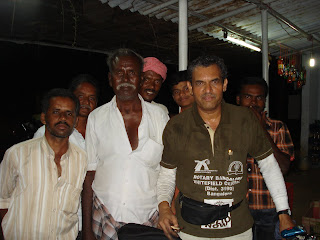 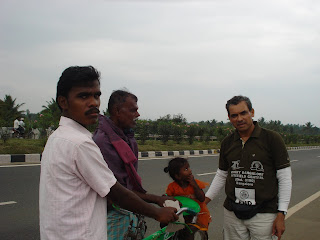 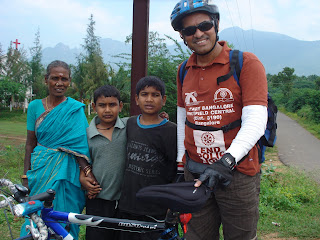 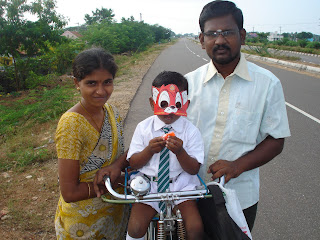 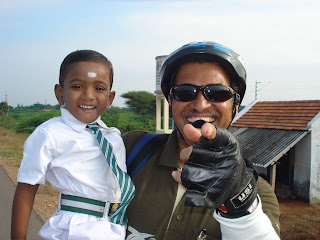 In my 8-Day pedalling I had meaningful engagement on Polio Awareness with around 460 people besides reaching out to thousands of people thru’ local news papers via press briefing and beaming on cable TVs en route my journey. There was also visibility thru’ my attire with my T shirt having Rotary International logo and END POLIO message imprinted on it. 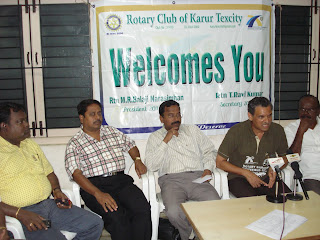 After reaching my destination Kanyakumari on 22nd Dec 2010, I returned to Bangalore on 23rd Dec 2010 by bus with my bicycle finding its place in luggage compartment.

Please find below the routes from where I had pedaled from Bangalore to Kanyakumari.


EveryTrail - Find hiking trails in California and beyond

Hats off to you for this.