In the history of the cycles, we can never forget the part cyclists played in military and war. In Europe, in 1885, the French were using military cyclists for important dispatches. Even back in 1875, the Italians were using cyclists as messengers during important maneuvers.

It was the military that first started to experiment cycles that could be folded  and carried on infantryman’s back. The main advantage of this was that this made infantry as mobile and effective as the cavalry and possibly more quieter. The 26th Middlesex (Cyclist) Volunteer Rifle Corps was the first British military unit consisting of only cyclists. They were divided into troops for Ordinaries, Safeties and Tricycles (for transportation).

When the I World War broke out, every army in the Continent was effectively using the services of cycle in their operations. Even during the II World War, cycles were found to be very handy and were extensively used 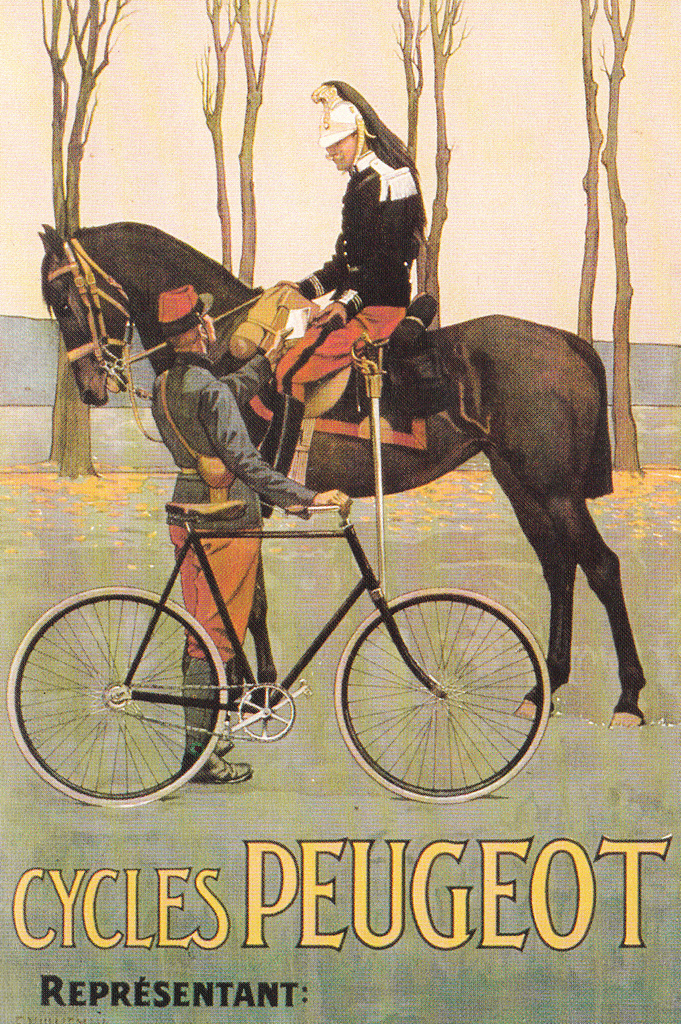 In this I World War Poster, an estafette (courier) is delivering a message to a mounted Garde Republican. Today's car manufactures were yesteryear's cycle manufactures.