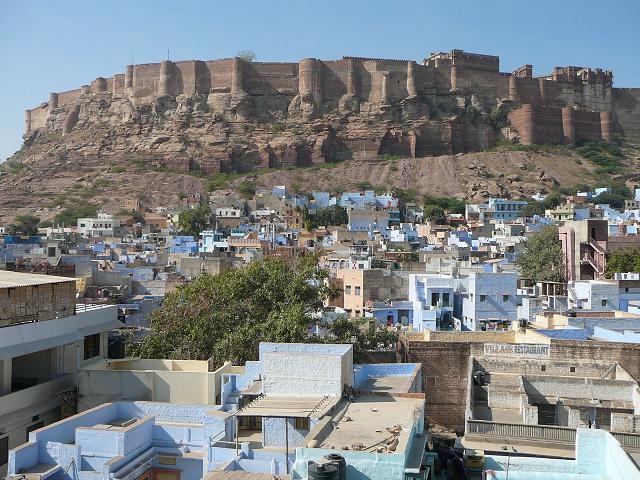 What an imposing fort looking over Jodhpur, we liked it very much. The Bazar near the clocktower, the moonlight diner on a tempel-rooftop, the palace and the view from the fort over Jodphur and the blue city. From here we cycled to Barr, there is an RTDC midway hotel there. Because the main highway runs from Pali to Ajmer there is relatively little traffic on the road from Jodhpur. The road runs through Bishnoi teritory and it is nice to see all the carpets and other stuff but much nicer to see the antilopes coming very close to the road. 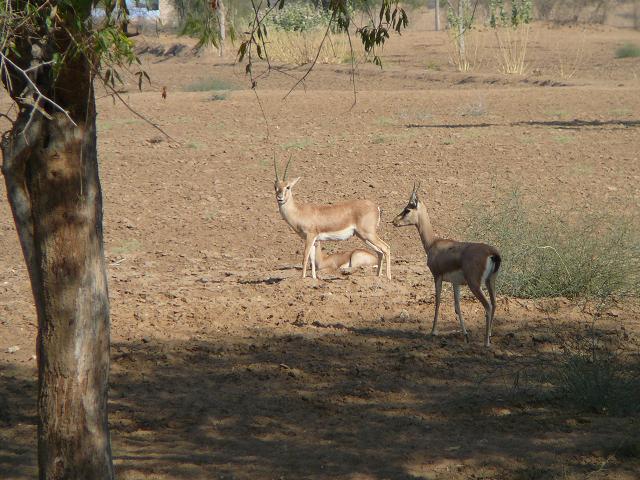 Just Before Barr a car stoped and in it was a familly from Ajmer who had cycled for two years all over the world. We agreed to meet again when we got in Ajmer. From Barr we enterd the arriveli hills again, very rugged hills with big eroded rocks all around. Very beaurifull but here the highway from udaipur joins the road so it was very very busy and very narrow. 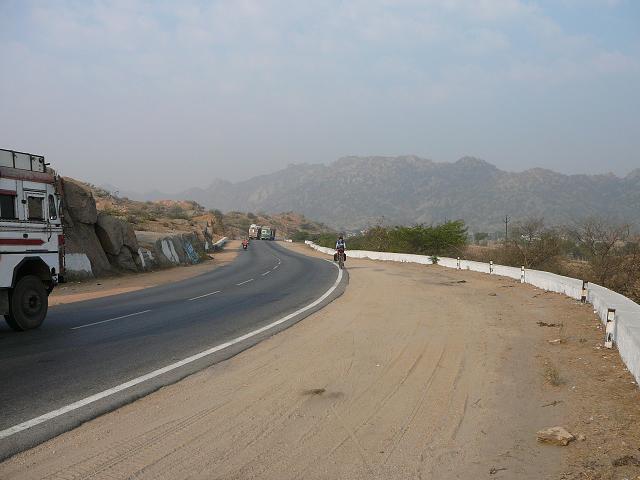 We left the highway in Beawar and took small roads to Pushkarr. It is so much better to cycle these small roads. Here there were many Jain temples all allong the road. In Pushkarr a big surprise: The lake was completely empty! Still a very serene atmosphere. In the evening we took the bus to Ajmer to have dinner with the familiy we met the day before. Very nice to exchange experiences and views on cycling. The next day we took a day off to visit Pushkarr and to rest. 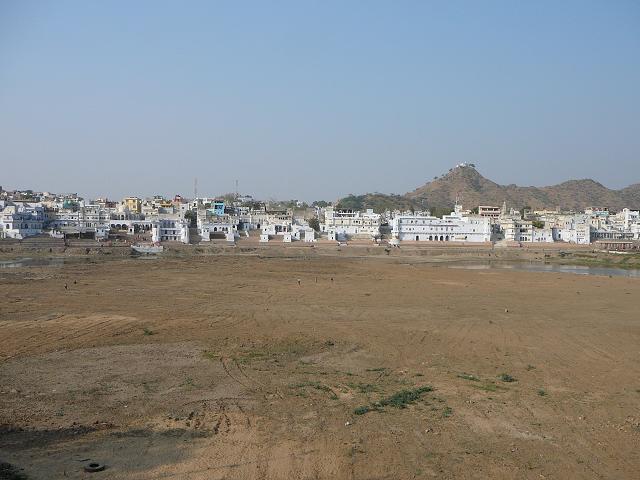 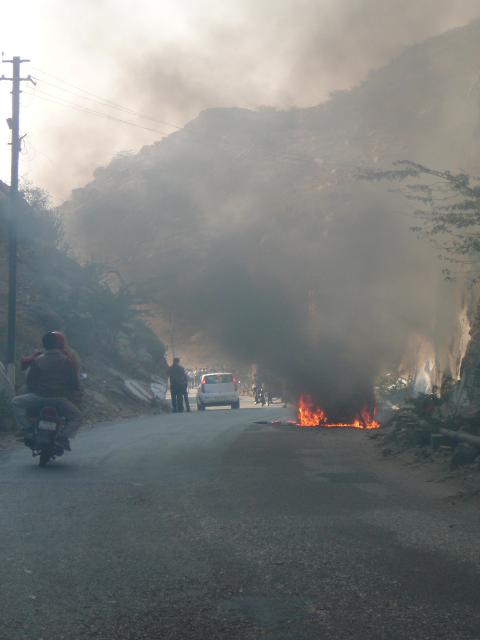 From Pushkar to Ajmer is is not so far, just over a small hill. It took us more than an hour because there was a car on fire right on top of the small hill and we had to wait for the fireman to arrive , together with about a hundreth other people. We went to Pechewar because there is a heritage fort with hotel. It is about half way between Ajmer and Jaipur. It was difficult to find because we were cycling the small roads again and it was not so clear which way to cycle and not many people knew where pechewar was. This might have been because we had problems with the right pronunciation of "pechewar". The fort was magical with beautifull rooms (look it up on the internet). It was the 31 december and it was defenitly one of the most special places where we have ever celebrated new year. 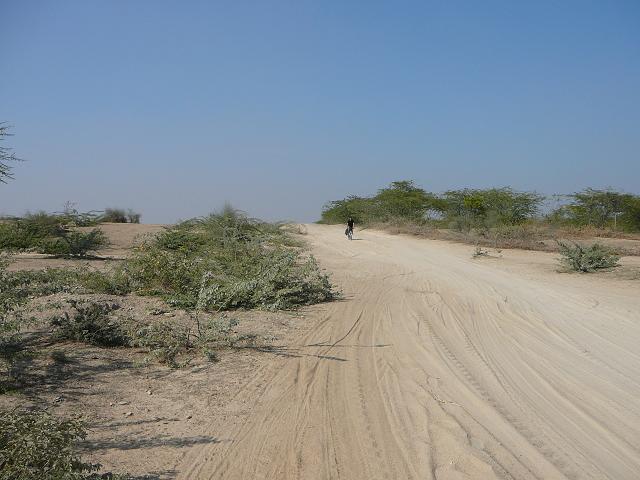 Comment by Arindam Sengupta on February 25, 2010 at 5:26pm
Ron, beautiful pictures and I can feel you had a great cycling tour. Perhaps it will never happen for me, but I so love travelogues. Congratulations and many many more roads for you.