Replaced the front fork on my MTB

Blogging this just so that it may perhaps be useful for others.


The Firefox Viper was my return to cycling bike when I bought it in June 2007. Back then, I didn't have the luxury of choice as we have now, and this seemed to be the best bike
to buy. It's got a good frame, but I realized early on that the front
fork was pretty bad. The Bike is heavy, and the fork made things
worse. The double crown was clunky, and within a year, the stanchion
tubes started rusting off. Another couple of years, and the coil
springs seemd to have totally jammed up, which turned the suspension
fork in to a rigid fork !!

So, replacement was imperative. I just didn't want to spend a lot on it, since I was now using the Viper mainly as my Monsoon, bash around, beat up Bike. Rest of the time, I
was enjoying my Bianchi hybrid.

During a recent visit to Bangalore, I managed to visit the Decathlon Store at Sarjapur. I had already populated my shopping basket online from Mumbai, so all I needed to
do was pick up all the stuff from the store. That's when I spotted
some MTB forks and decided on a spur of the moment purchase. I choose
the Spinner / RockRider fork, since it offered a damping adjust
(which the earlier Viper fork didn't), and it cost just about Rs.
1300.oo. The only problem was that I could get it in Red, while the
Viper frame was Blue. This wasn't no beauty contest, so I want ahead
with the un-coordinated color scheme. It didn't matter as long as I
could get the new fork to work on the old bike. Also, this fork was
single crown, and I figured it might save some weight on the bike. 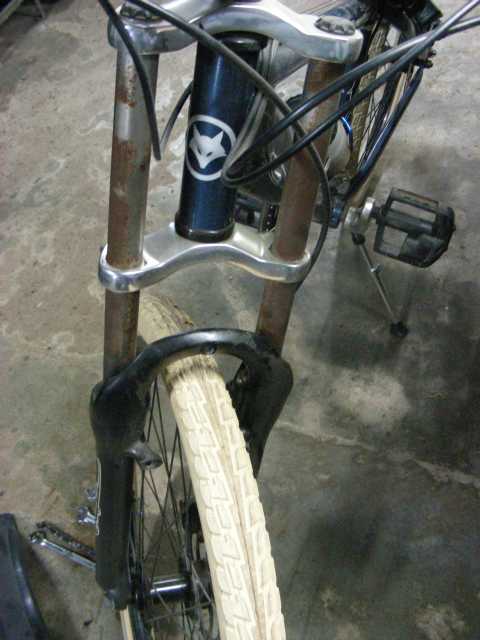 Viper, with the old, rusted fork. 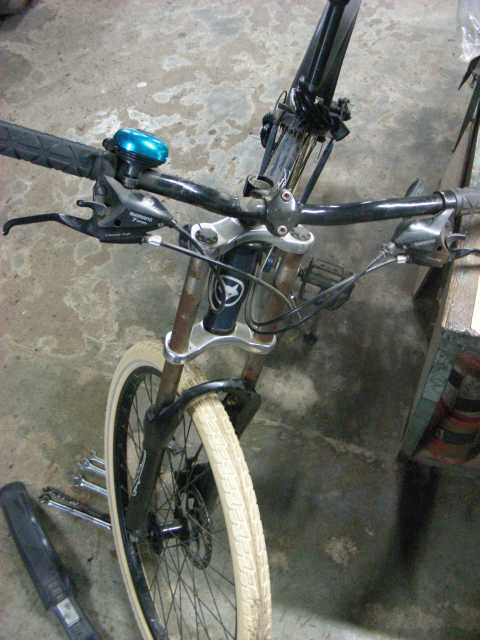 Loosen and remove the top cap, since this is a threadless head set. 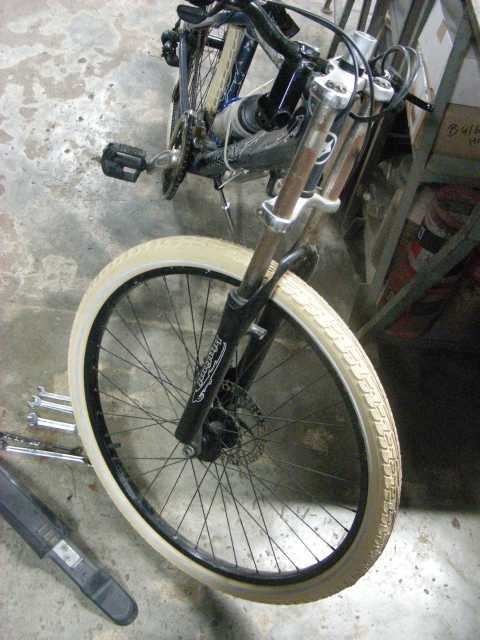 Loosen and remove the stem clamping bolts, and slide out the handle bar. Remove the fender. 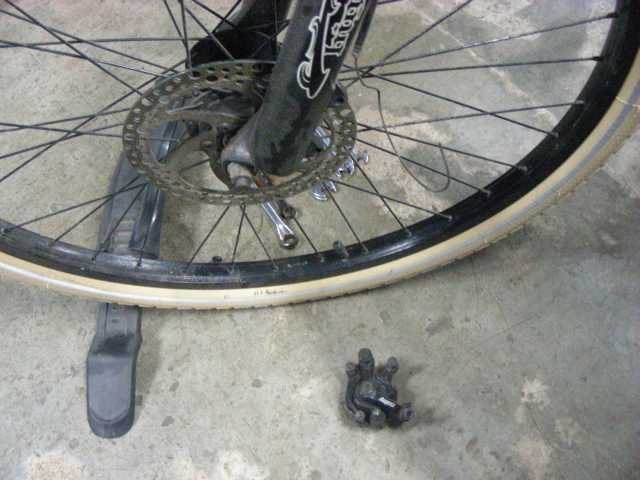 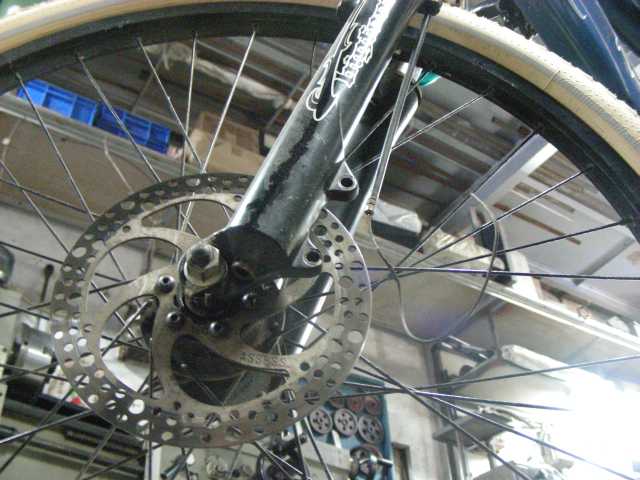 By now, I was getting impatient, so I skipped taking more pictures.

Slide out the Spacer ring from the steerer tube

Slide out the spring washer from the steerer tube

Slide out the upper rubber dust seal from the steerer tube

Slide out the top bearing cup from the steerer tube

Slide out the top ball bearing race from the steerer tube

Slide out the frok and remove it from the head tube.

Slide out the bottom ball bearing race from lower cup

Slide out the lower rubber dust seal from the steerer tube

Now the tricky part – removing the bearing cup from the top part of the crown of the old fork. The ugly way is to take something like a screwdriver, and hammer it loose.
Luckily, I had a hand press readily available, so a couple of gentle
taps, and the whole assembly was smoothly opened up. 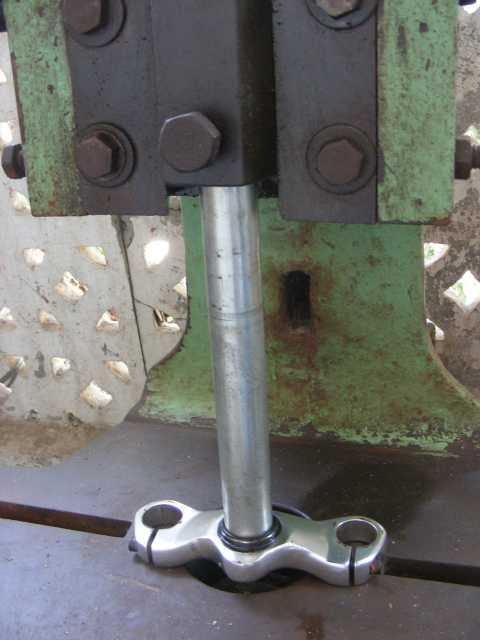 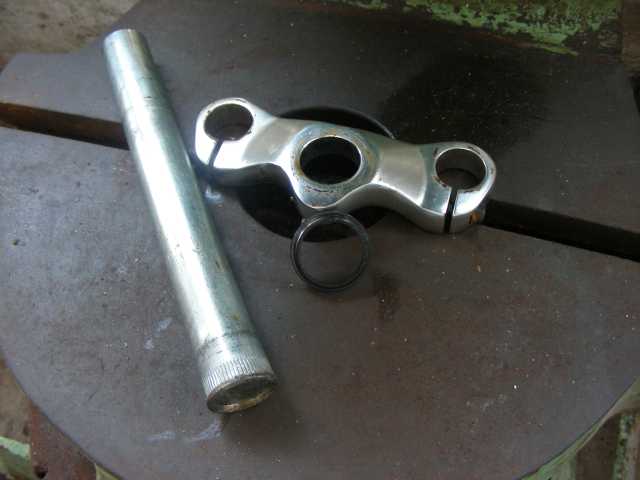 Cleaned up all the removed parts in kerosene (didn't have petrol/diesel), and blow dried them.

Time to put in the new fork. Same process backwards.

First off, install the lower bearing cup. I used the old fork wing to hammer it down nicely and squarely. 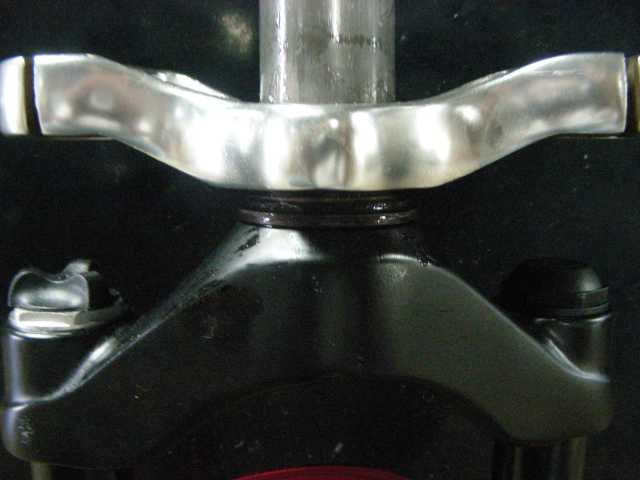 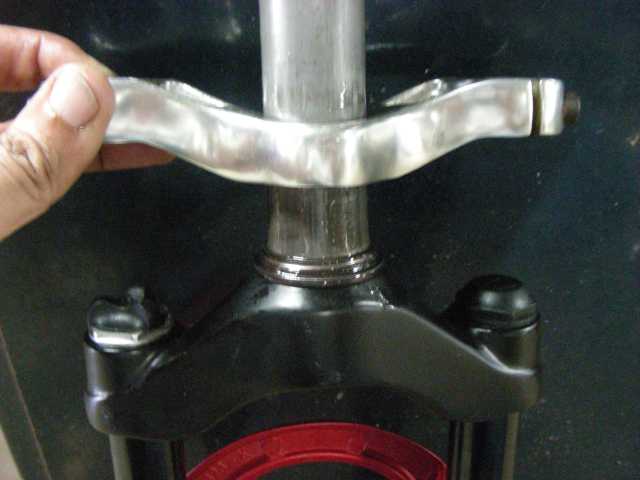 To fix a fork in a threadless headset, you need to install what's called as a star nut inside the steerer tube. And I hadn't picked that up from Decathlon !!

Got hold of the old steerer tube, and tried to remove the old star nut. This is a 1 1/8th inch steerer tube, so I took a 1" pipe, and hammered away on the old star nut. But, in my over-enthusiasm, I did it from the wrong side,
and the nut got all mangled up in the bargain. It was all crooked and loose, and wouldn't fit in the new steerer tube.

Luckily, Decathlon had the 1 1/8th inch Star nut in stock, which I promptly ordered online, along with some more stuff (you can never order enough), but I now had to wait a
couple of days to finish the job.

Meanwhile, the steerer tube on the new fork was longer by about 9mm.

Instead of sawing it off, I machined a spacer from a piece of iron pipe. 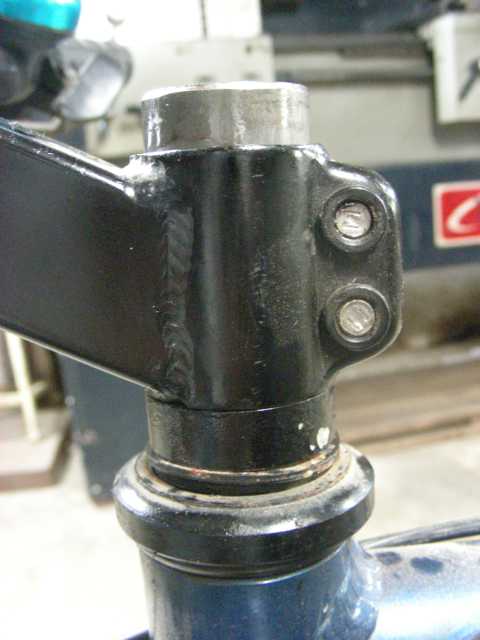 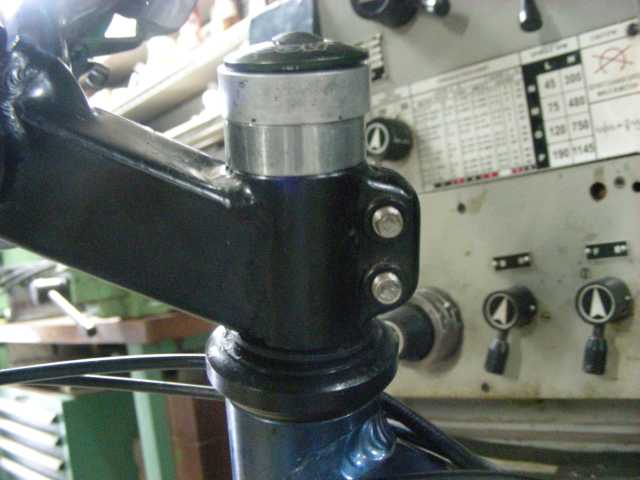 And sent off both the spacers for a fresh coat of powder coating, while I waited for the star nut to arrive.

Once the spacer rings and the star nut arrived, it took me just a short while to get it all installed. This is how it all goes together.

The lower part of the fork steerer tube. With the lower rubber dust cap, and the lower ball race.

And the upper part of the assembly : 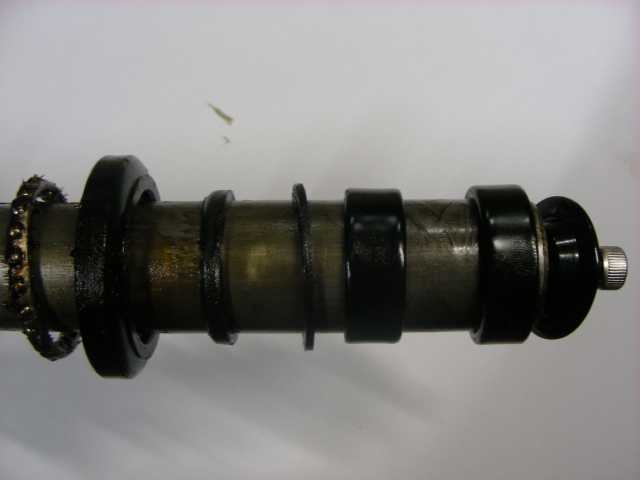 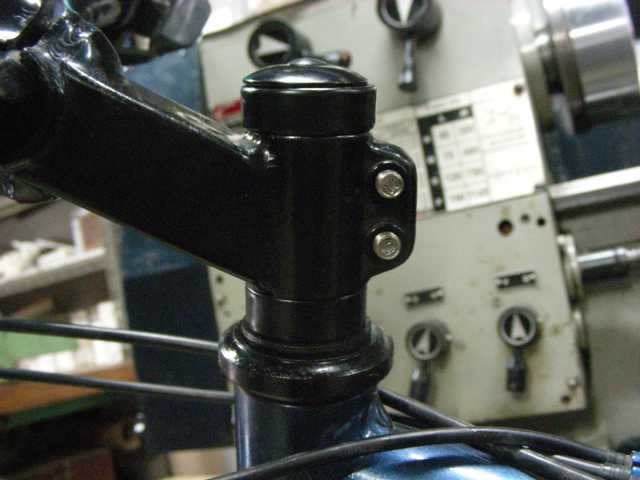 The assembled fork, now with one spacer each above and below the Stem. 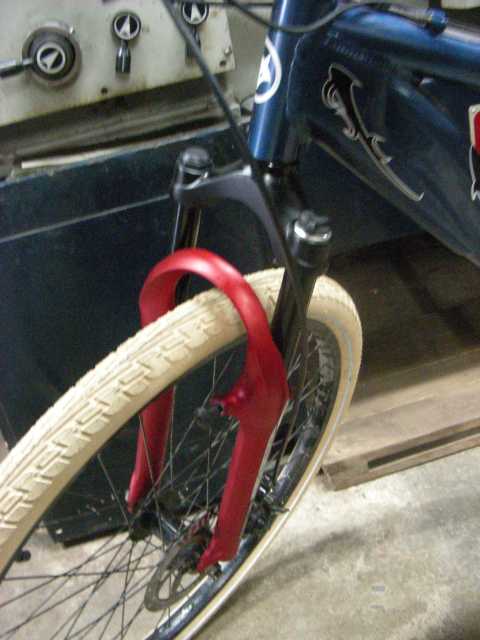 Wipe off all excess grease, and job done and dusted. It probably looks ugly with the two tone color scheme, but I couldn't care less about it.

and figure out a way to drill a hole for the front fender !!