the road above my street pt 12

Me had been acting real lazy this past week (for a semi quantitative
scale, I let my alarm snooze from 6 - 7:30 am, where every two snoozes
are separated by an interval of two hundred and forty seconds), so
Saturday had to be the day for a fresh, really really fresh beginning
(parentheses candidness 1: I had an early morning transfer).

Mehrauli we'll cover in detail some other day, so for now, we rolled in
towards Malviya Nagar, in search of Khirki Mosque, which, owing to the
paucity of time, we gave a skip and instead landed at this supposed
derelict, where even the broken booze bottles looked stale. It took me a full hour to locate where I'd gone despite the forearmed and fore-pierced weaponry of the internet warrior at my disposal, but then the government agencies, this time in the cloak of Indira Gandhi
National Centre for the Arts came to our rescue, and henceforth we shall
walk along with the headlight of knowledge paving our 'tyre tracks on
wet cow dung' way. 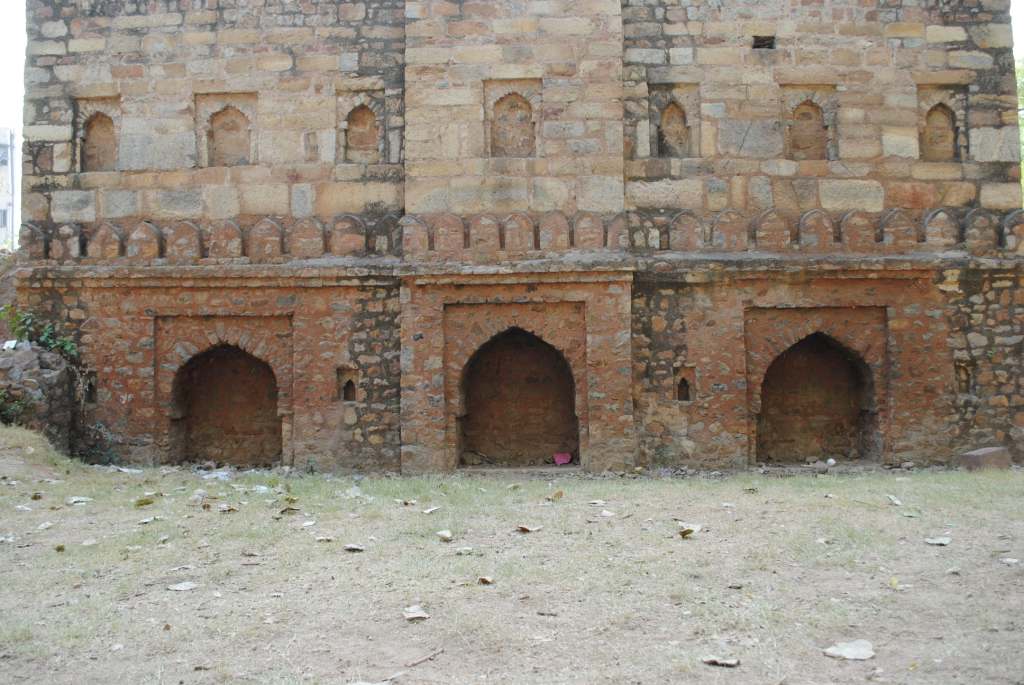 The monument is officially known as Tomb of Usuf-Quttal, At Khirkee in field no.81 min, Property of Shamlat deh., Delhi, and officially is the only way it shall be known as it seems, the ASI boards in worse
condition than the monument itself.

Shaikh Usuf-Quttal was a disciple of Qazi Jalal-ud-din of Lahore.
He died in about 1527, after which the tomb was built. Like Shaikh
'Ala-ud-Din's tomb, this tomb also rests on twelve pillars,
with other details also being similar. 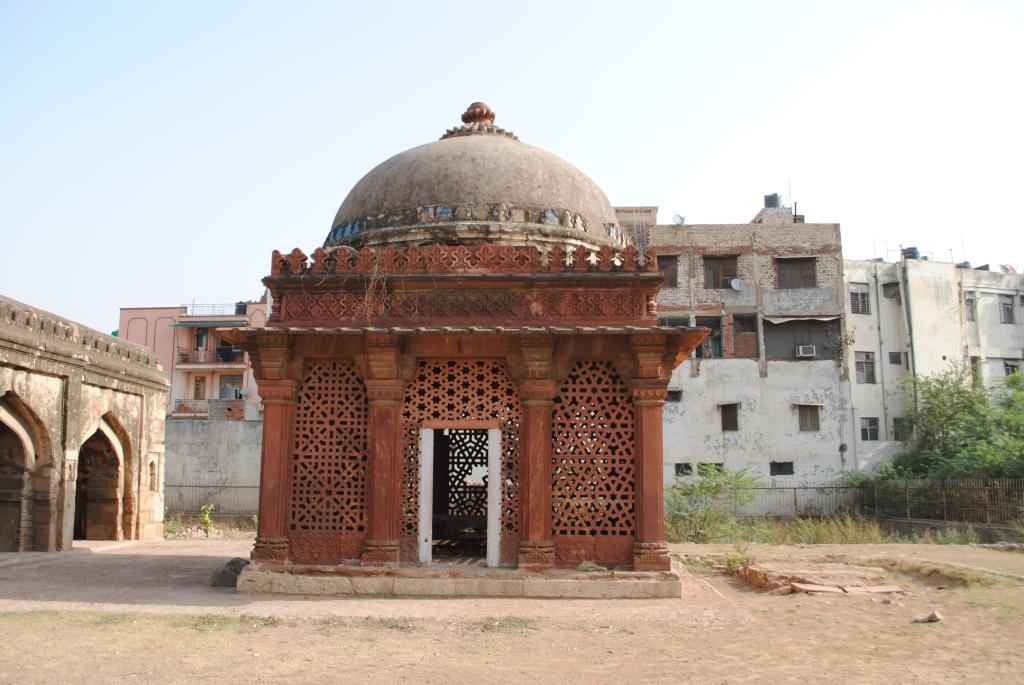 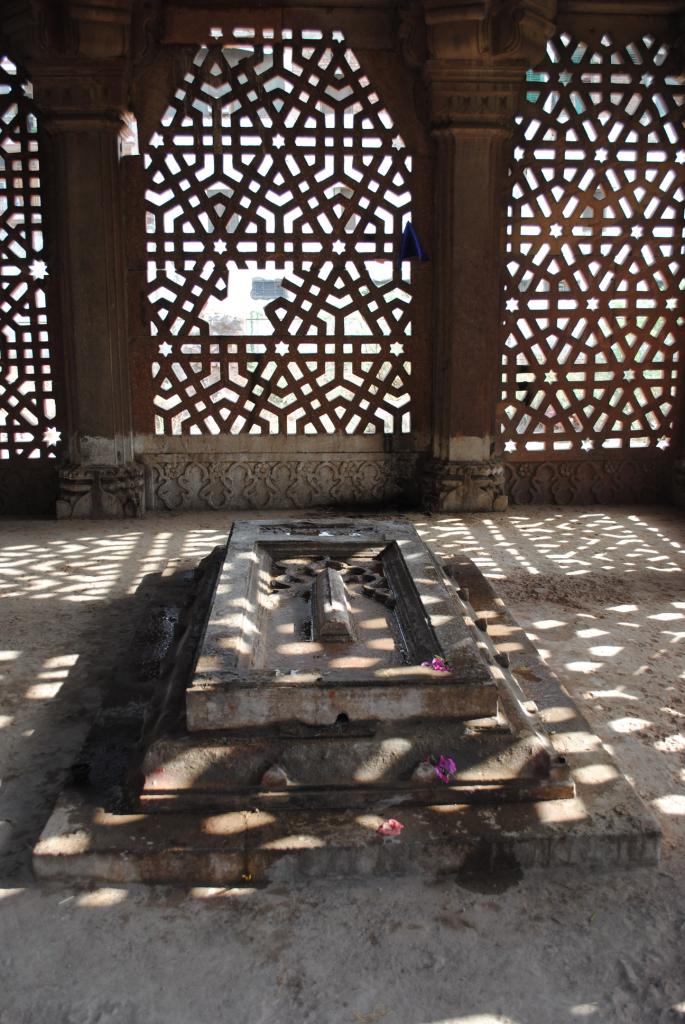 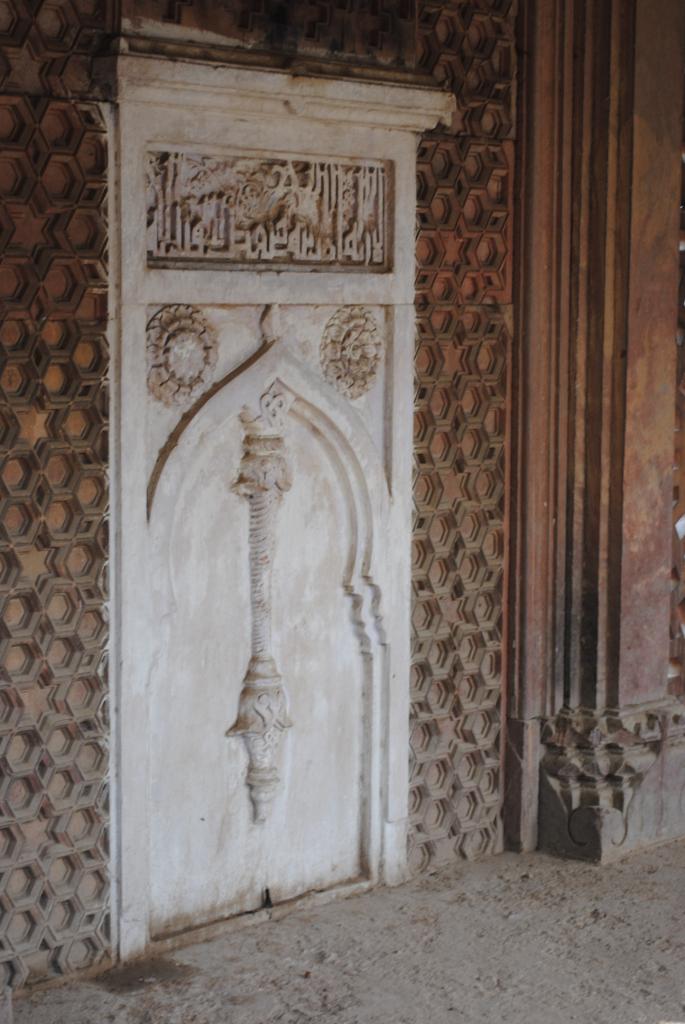 Close by are the remains of a mosque and several graves. 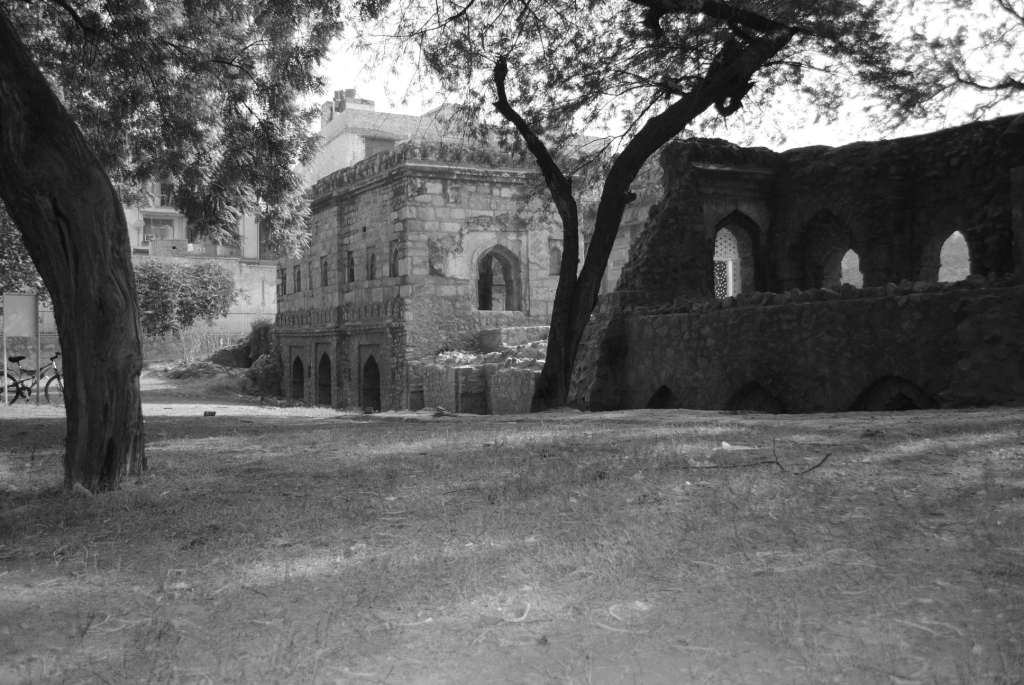 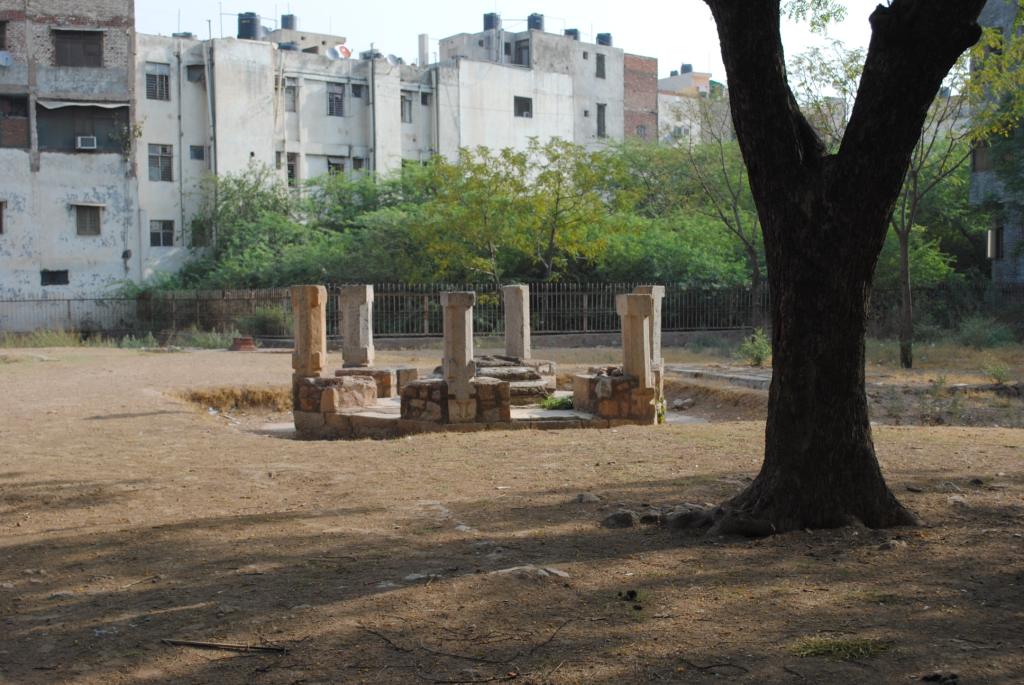 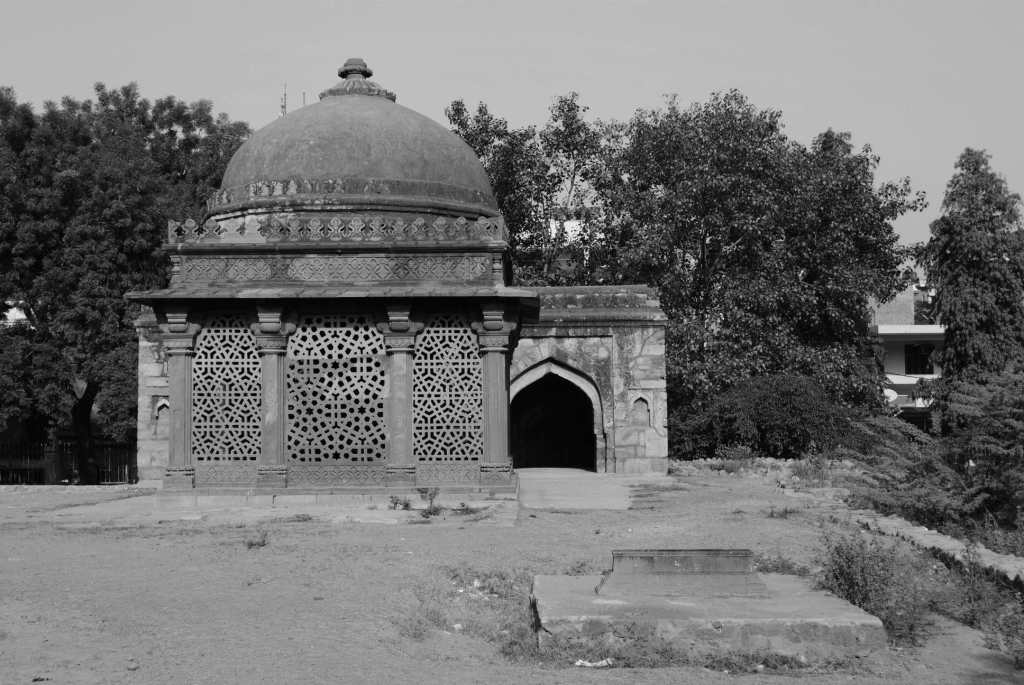 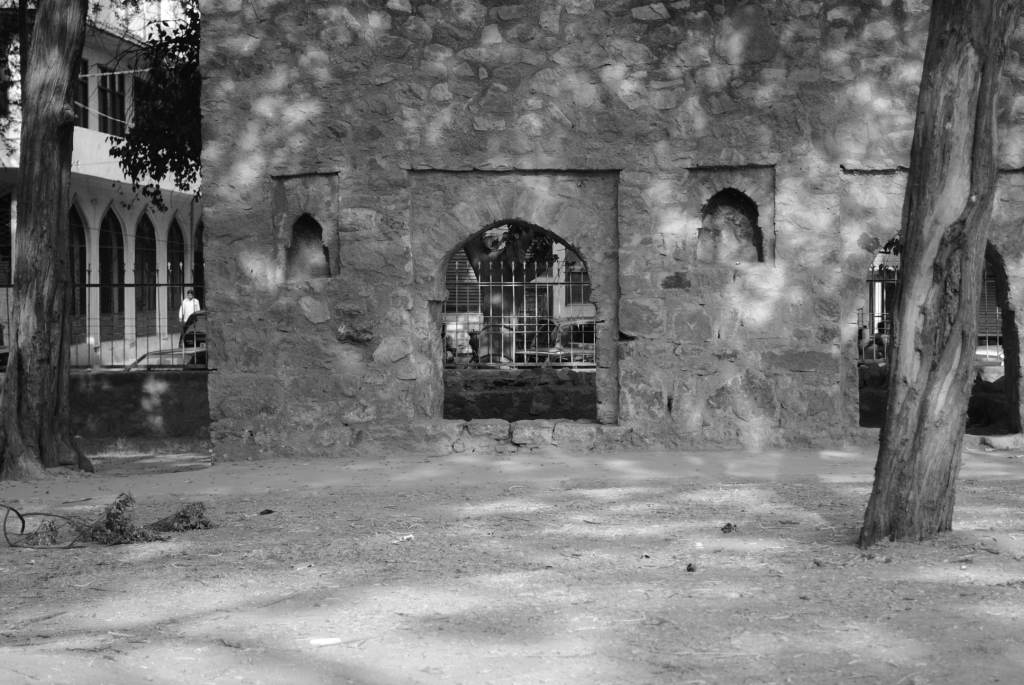 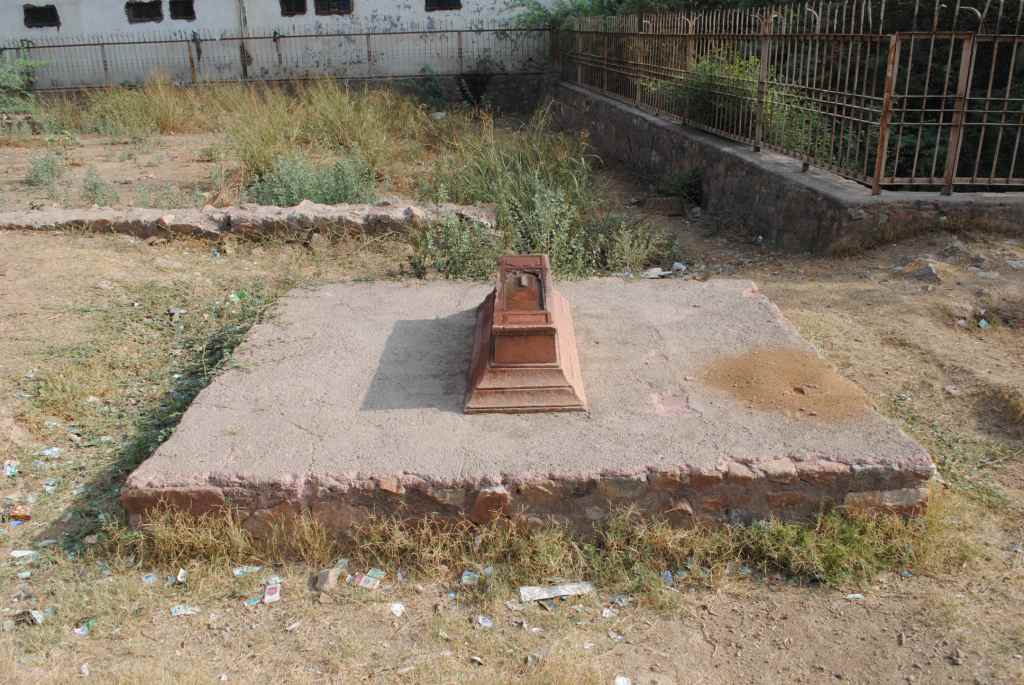 Throughout the country (if that is a generalization a bit too bloated, atleast throughout Delhi), across ages and dynasties, there have been two loyal guardians (or moot witnesses) to the sardonic tale of human
evolution- the squirrel and the mongrel; the mongrel flashed out a
preview of hurt and misery and Rabipur at the mention of a photo, the
kind squirrel consented. 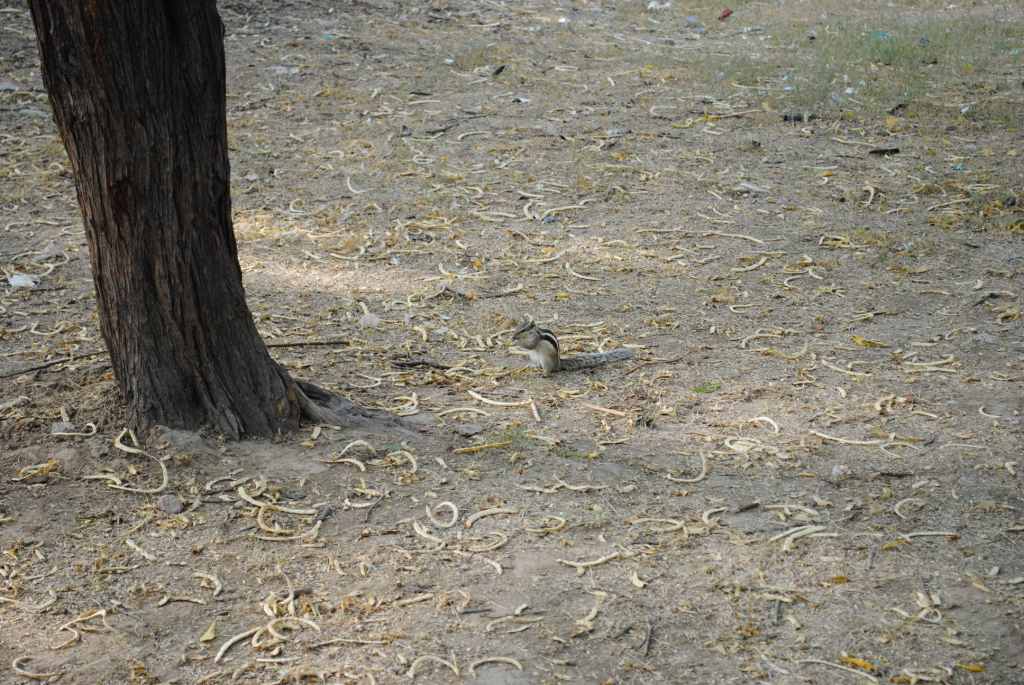 And there are fluttering tatters, birds that refuse to lie still, and a world through lattices - blurry and precise, sad yet overjoyed, for morning is a strange phenomenon, and the differentials can only be
accounted for geometrically. 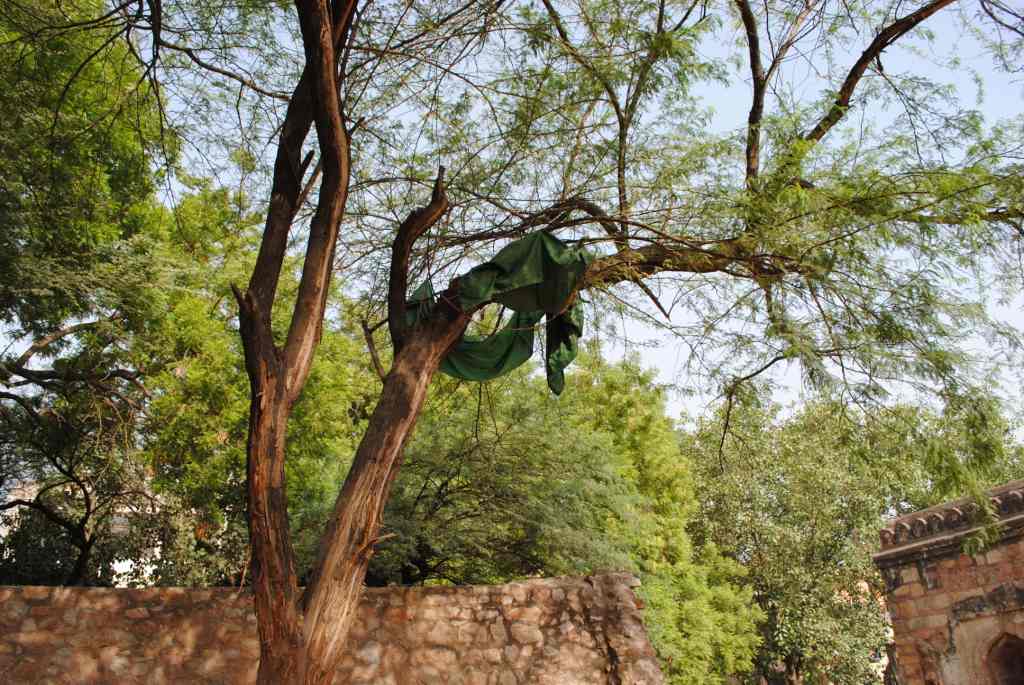 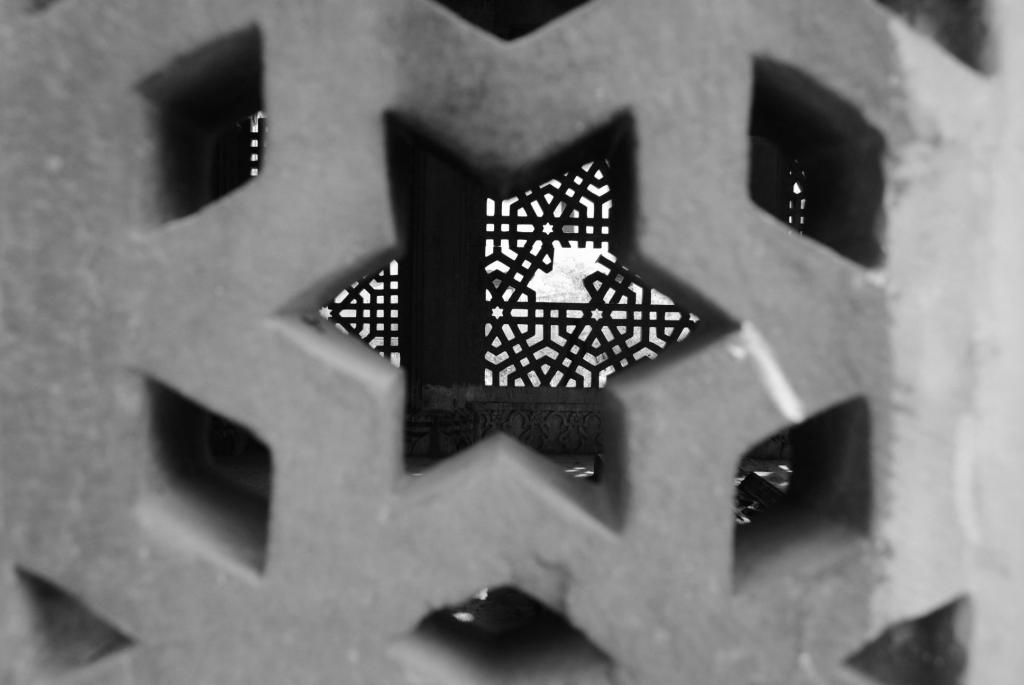