the road above my street pt 13

In the morning mist (there is none, one has to force the hallucination
upon the brain), and a sky neither white or blue, the green DTCs blind
the sleepy eye and shake the limbs to move, and there.

My last attempt at Khirki Masjid had turned out to be a faux pas, but
these time falter we did not, and circling across the steel net
boundary which presumably is the beginning and the end of ASI's
maintenance plan (apart from the very pinkly restored arches) as
it seems, we find a gap and scrape in. Discounting that though, every deserted monument has no dearth of parking space, old and trodden but during the wee hours, the safest place for the transportation to be. 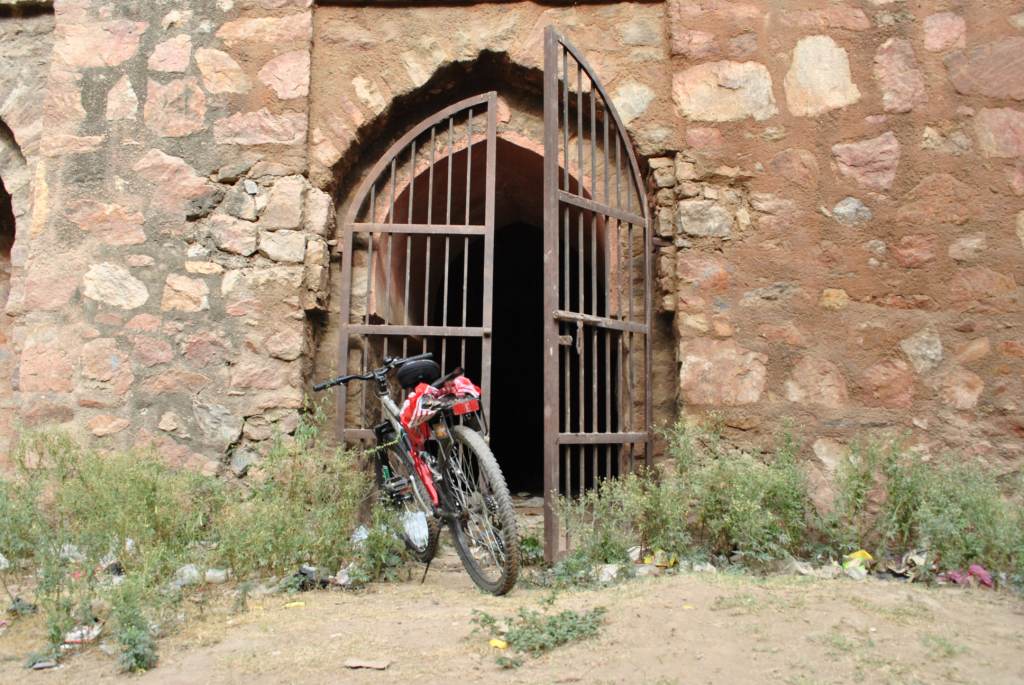 That bit secured, there are then the irate little mongrels snapping at one's heels. 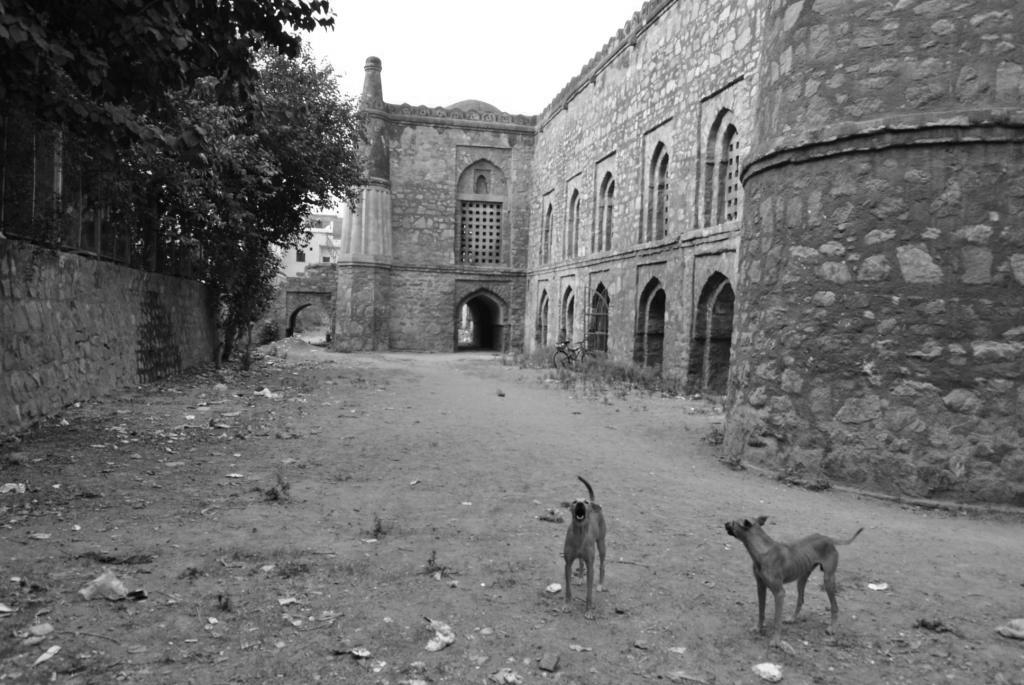 Khirki Masjid, like the Hauz Khas cluster, was built by the Feroz Shah Tughlaq's prime minister, and unlike the traditional open spaces for congregation, it is divided into four separate quarters with small open
courtyards for each. But what is interesting here is the roof, divided
into twenty five equal squares which are then alternately adorned with
small domes and flat roofs. It is a different concept, quadrangular in
shape, and the being covered part signifies that Hindu elements were
inculcated. 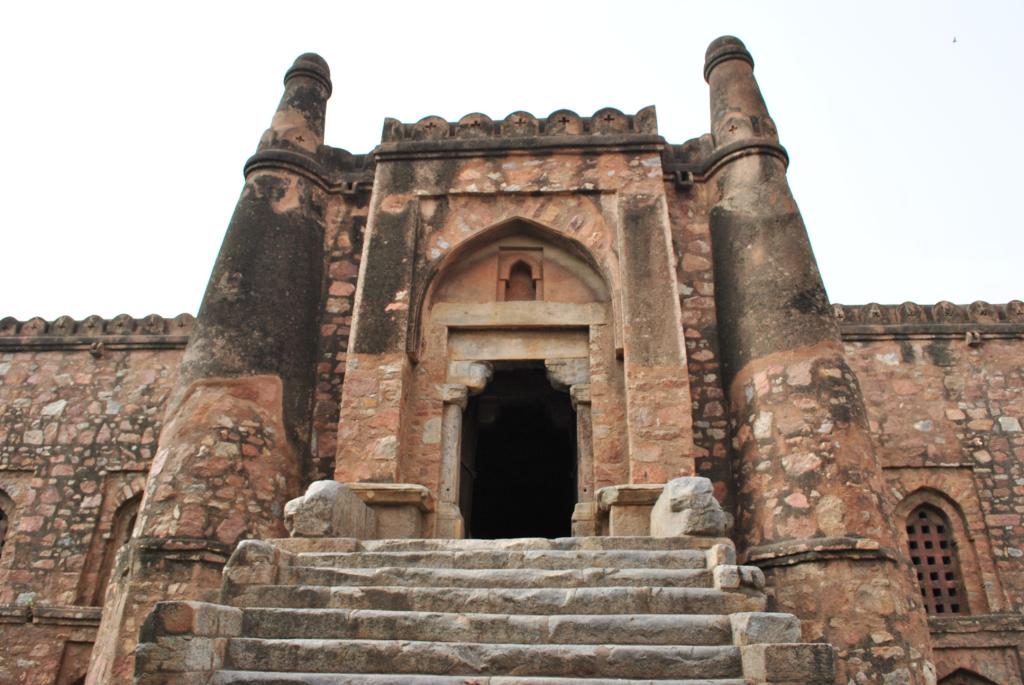 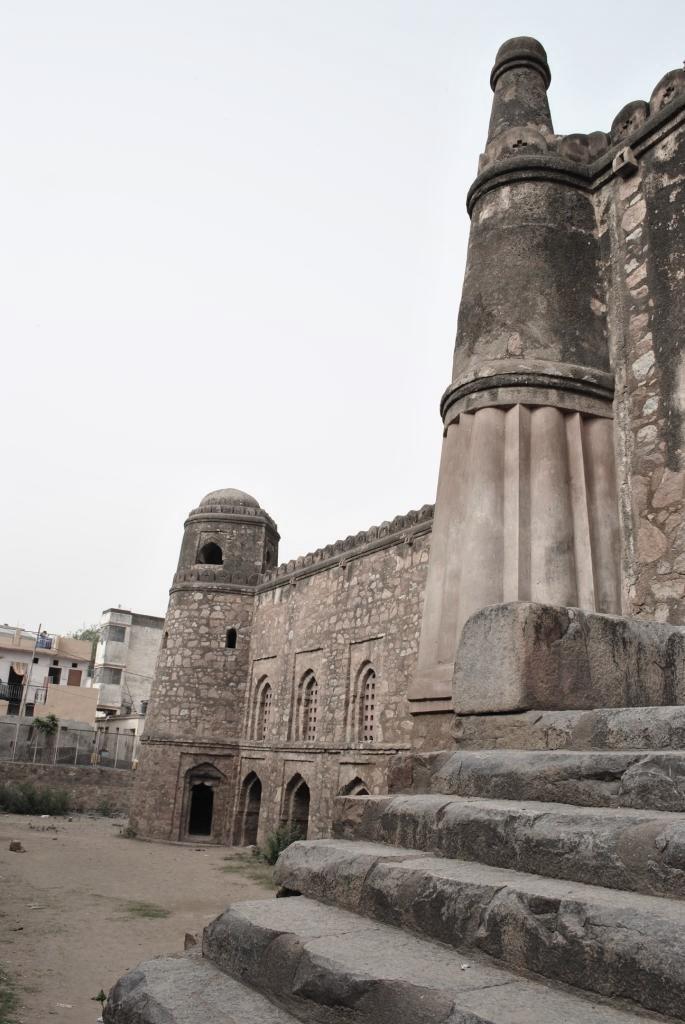 The domes of the inner courtyards are dusting away and restoration, one does feel a lack of sufficient lattices in the corridors though as there is not enough light inside, probably due to the pink and white and blue
and green houses, like a newspaper used to cover up school notebooks
(chic these days, but not so in the pre climate change days). 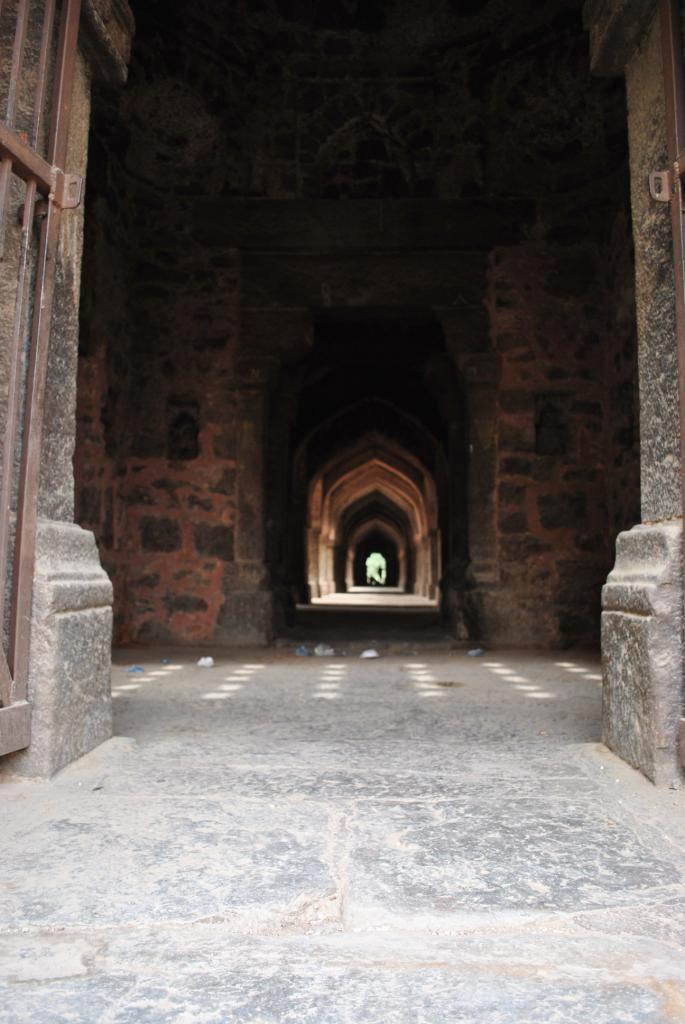 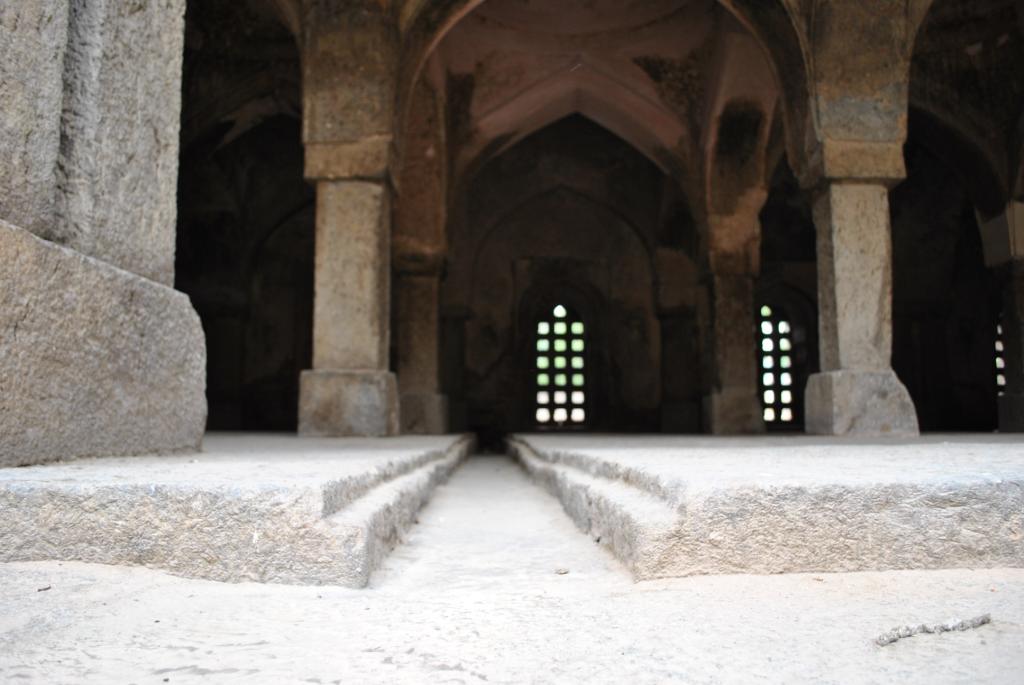 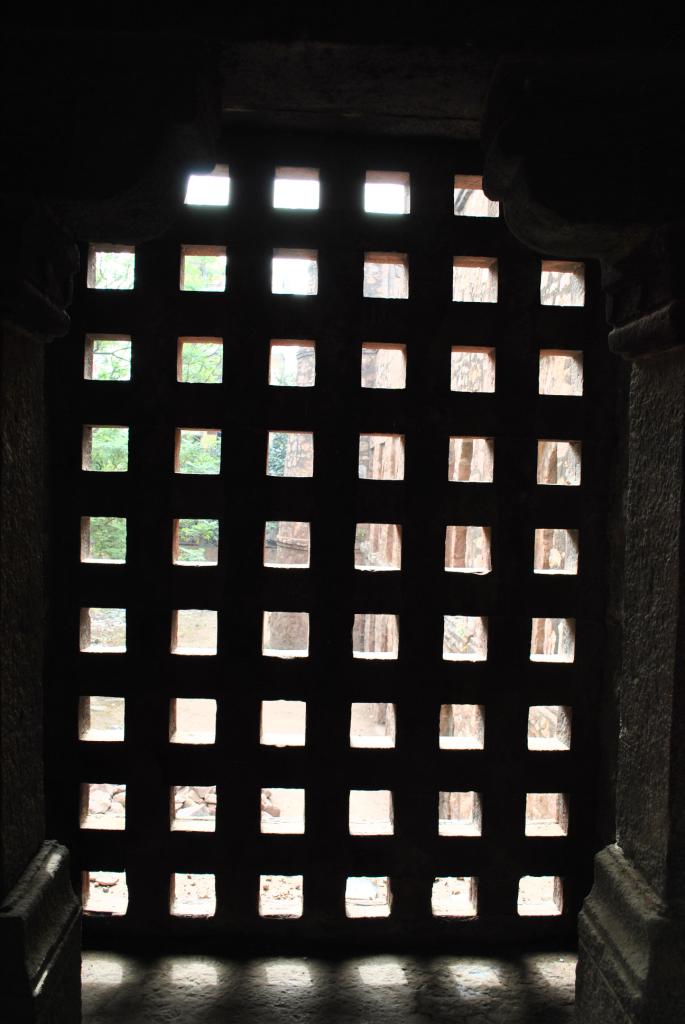 I smelled rat, and tried to creep in one of the dungeons. I could hear them, smell them almost to the point of puking, but could not click
them; one short glance and I was scampering back to light- the buggers
were monstrous, and in decent numbers; could have ravished me for
breakfast in ten minutes flat. So I watched some cricket instead. 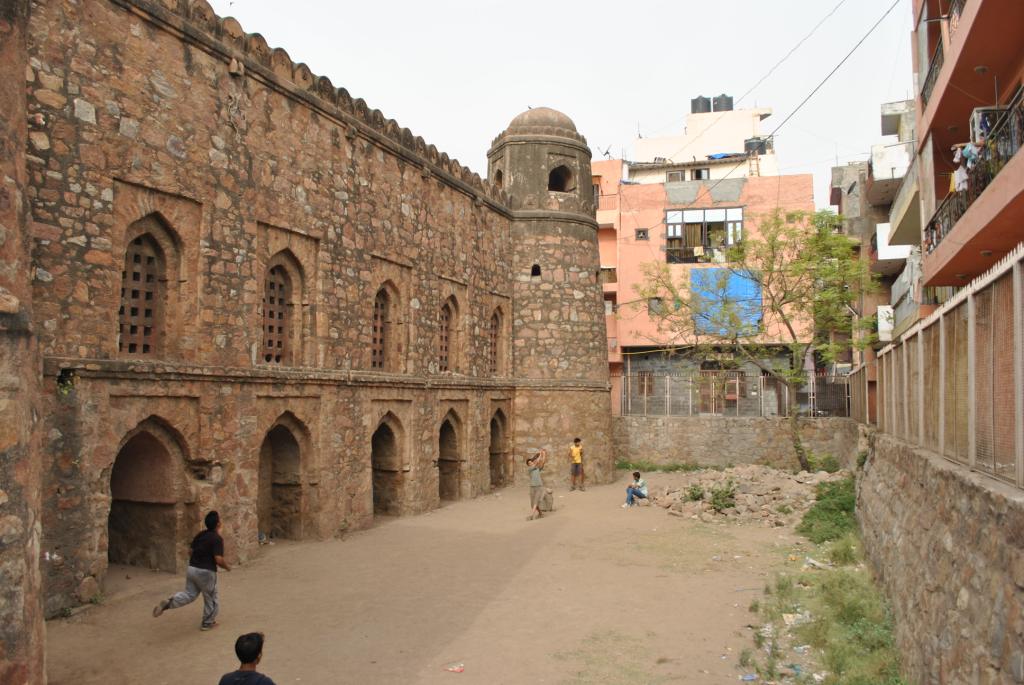 And talking about the place going to the dogs. 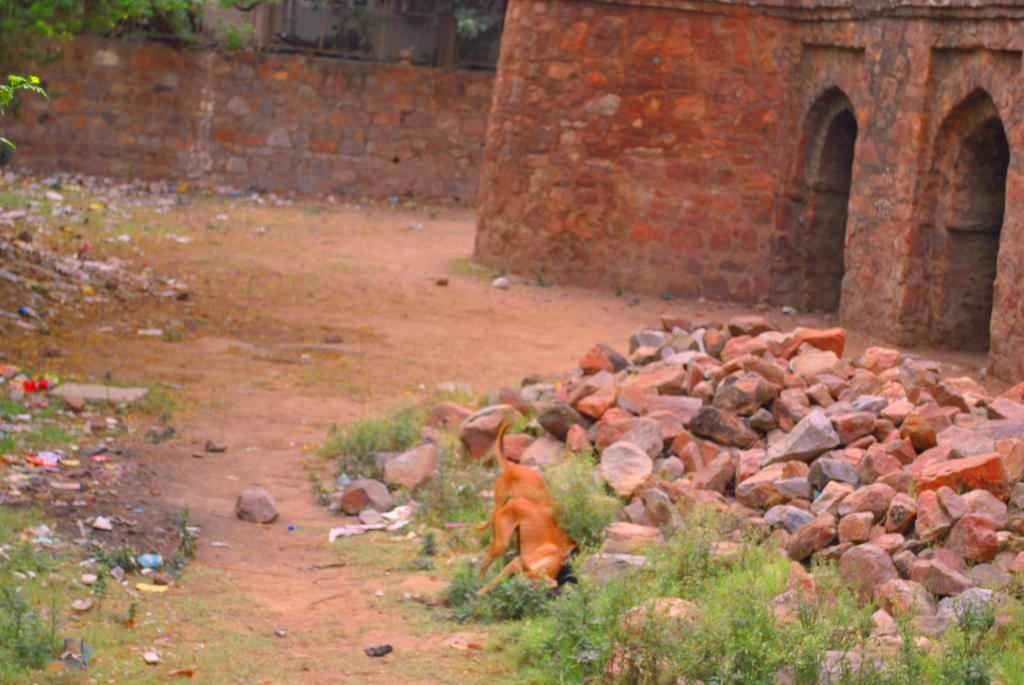 The ceiling details are kind of 'perforated', death seeping into transcendence, but a closer look sees something like a braille, the crests and troughs rolling out a prayer, and the courtyard looks like
bowing in a happy carefree delusion. 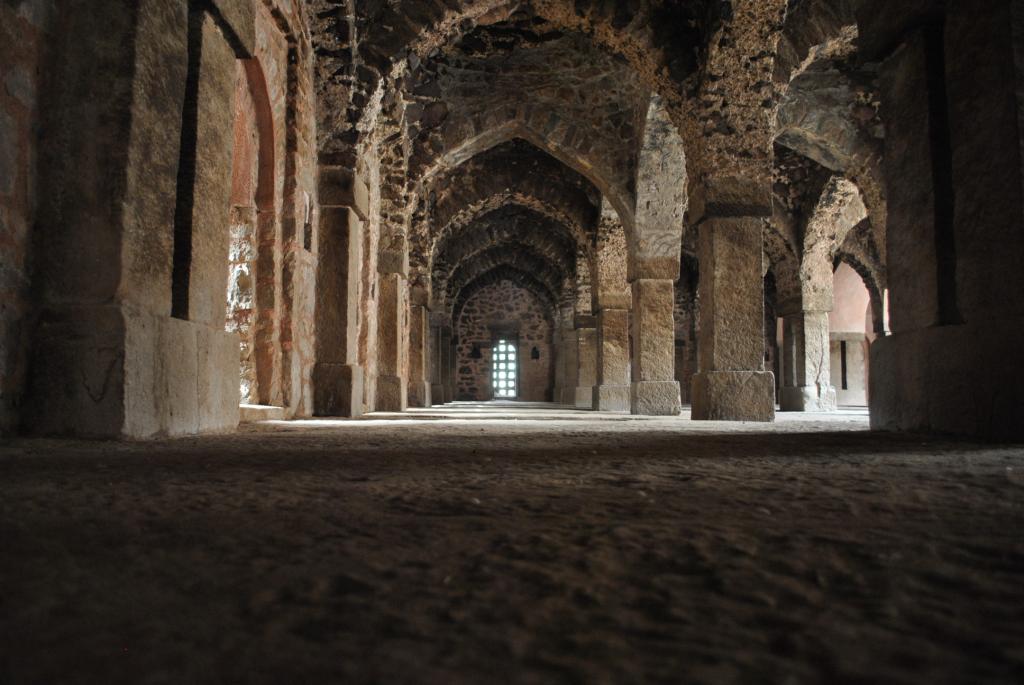 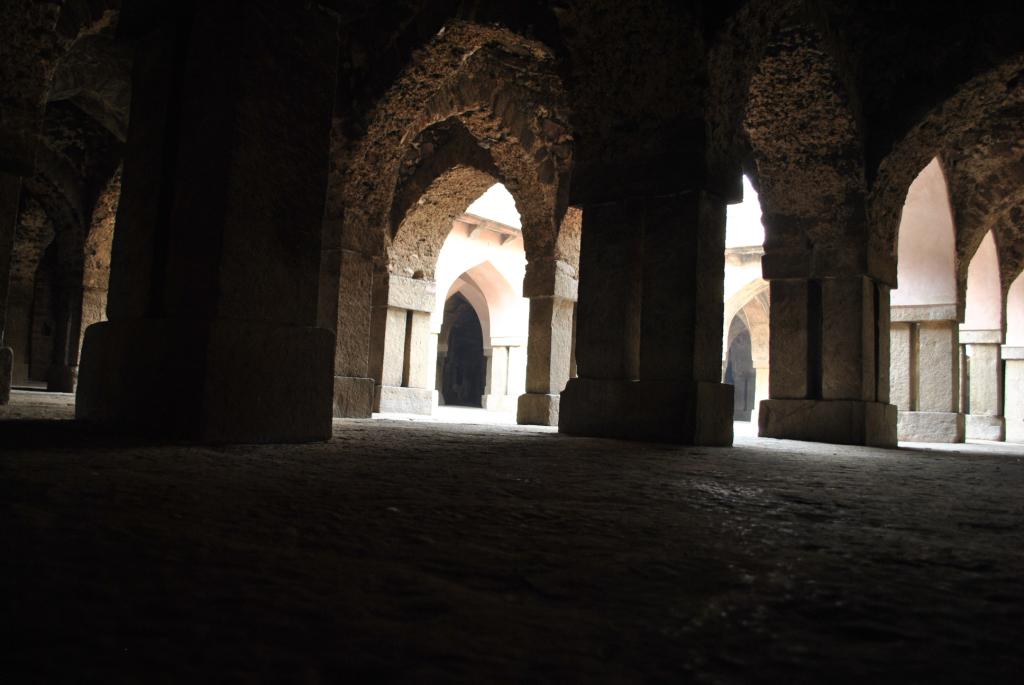 On the outer again, we saw crows, and pigeons, the squirrels were a bit too high up sandstone climbing this time around. 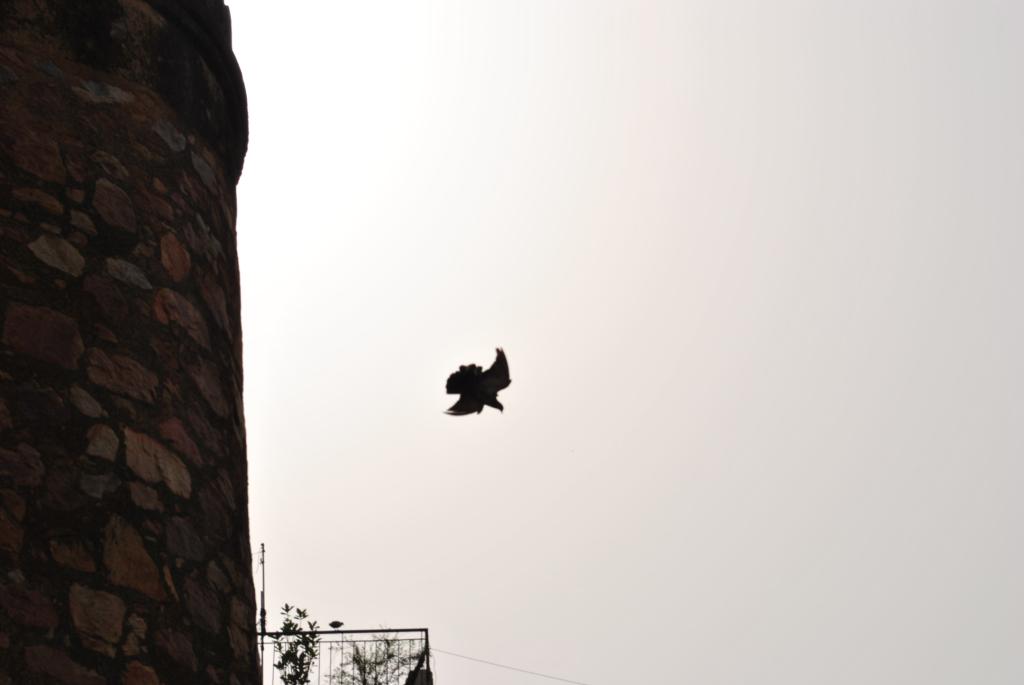 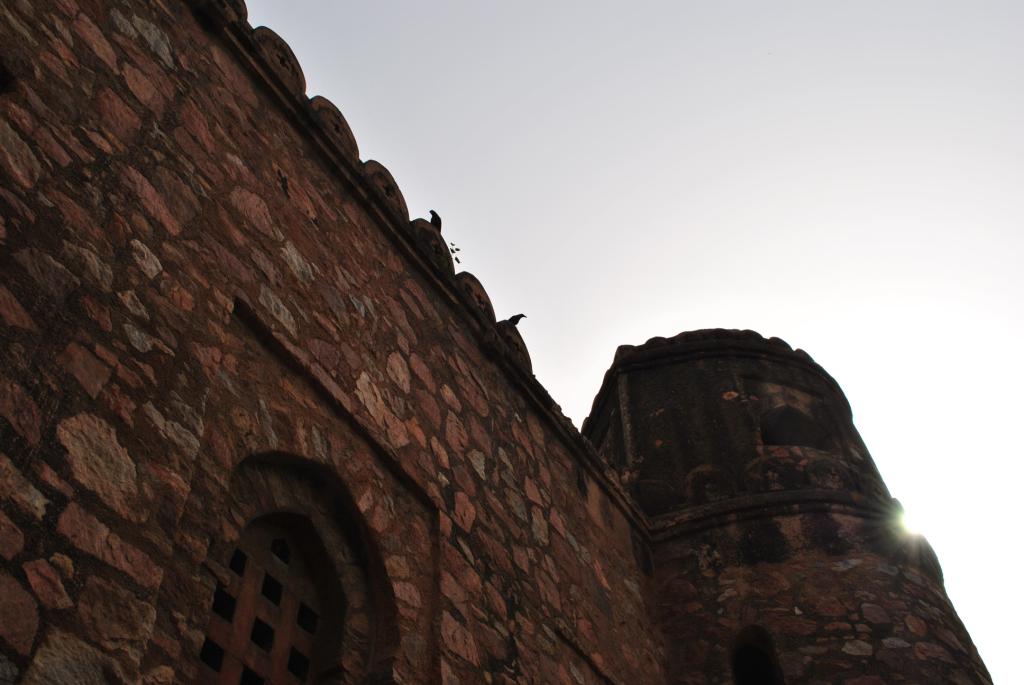 This one was amused at the prospect of a photo it seemed. 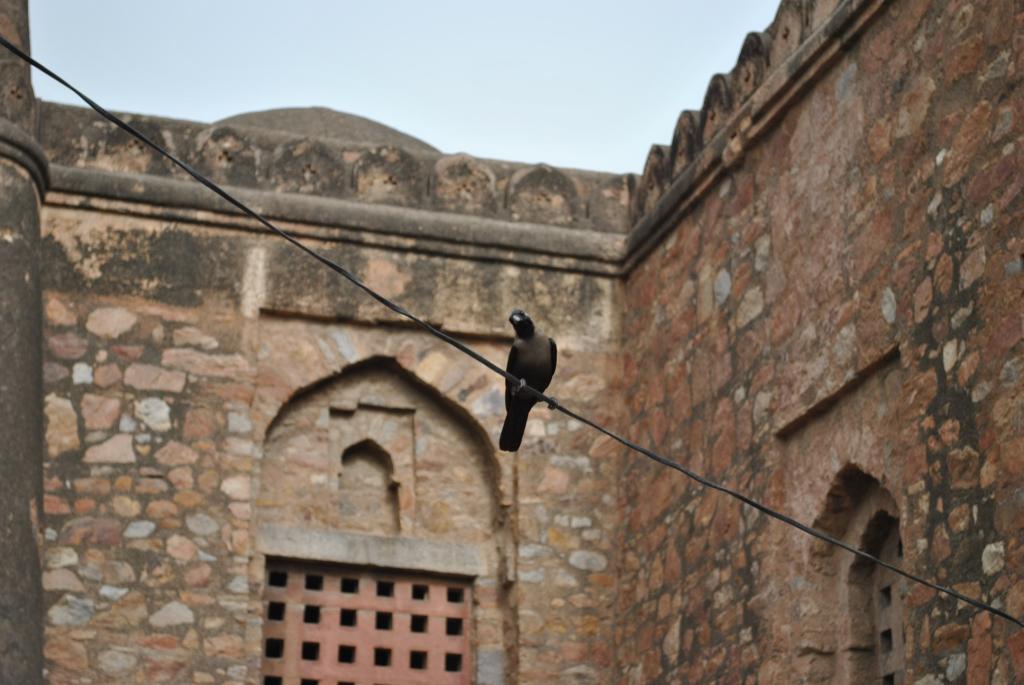 History, especially when it comes to architecture, has this delight for the math in one, the small congregated numbers, the angles, curves and lattices, the concept of parallel against perception, and there
amongst the converging domes, the perennial question: was mathematics
invented or discovered?